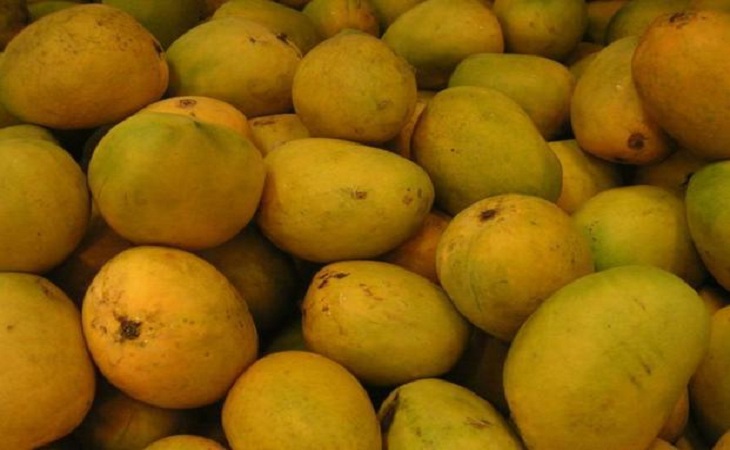 Farmers and businessmen here are hopeful of harvesting and bringing their mangoes to the market within the next two weeks.

Matiur Rahman, a mango trader of Sadar upazila's Baliadangi area, said they are going to harvest delicious 'Gopalbhog' and 'Guti' mangoes within 15 days.

Gradually, they will start collecting Khirsapat, Lengra, Fazli, Amrapali, Ashwina and other varieties, he said.

Babul Islam, another mango businessman, said people should buy mangoes after examining whether those are really from Chapainawabganj or not. Some are selling low-quality mangoes produced in Satkhira, Dinajpur, Meherpur and other areas using the tag of Chapainawabganj.

"We hope, there'll be increased demand for Khirsapat this time as it has been registered as a Geographical Indication (GI) Bangladeshi product. And we'll get the fair price,” Abdur Rakib, a mango grower of Chapainawabganj municipal area, said.

Deputy Director of Chapainawabganj Agriculture Extension Department (DAE), Manjurul Huda is optimistic over the production of mangoes this year, but advises “growers to be careful over insect attack due to the increased heat."

HC to govt: Deploy police at mango orchards to stop use of chemicals