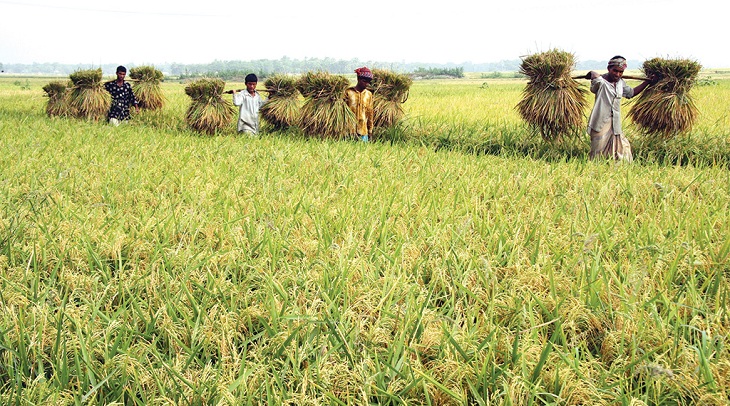 A total of 1,34,625 hectares of land have been brought under T-Aman cultivation during the current season in the district exceeding the target set by Department of Agricultural Extension(DAE).

He said farmers have cultivated T-Aman paddy due to favorable weather condition and distribution of adequate amount of agri-inputs among them.

The state-run banks including Bangladesh Krishi bank and Sonali bank disbursed crop loan among the Aman cultivators so that farmers can cultivate the staple crop smoothly.

The DAE sources said 3,50,000 metric tons of Aman rice production have been targeted during the season in the district.