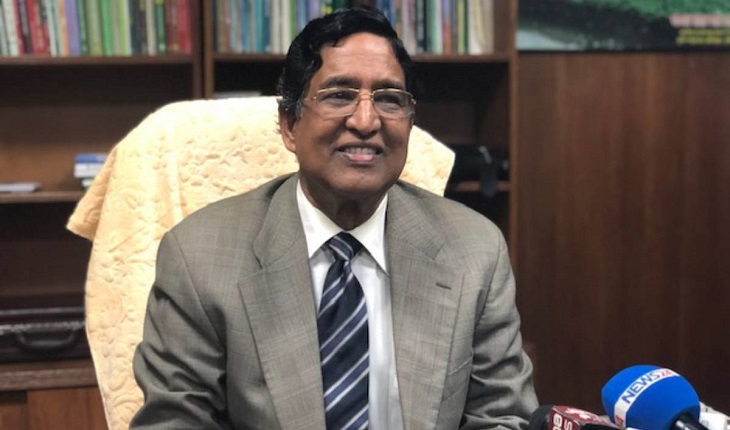 Agriculture Minister Dr Muhammad Abdur Razzaque today said there is huge potential for agricultural production in the saline lands of the coastal and southern parts of the country.

"There is a huge potential for agricultural production in the saline lands of the coastal and southern parts of the country as our agricultural scientists have been able to develop saline tolerant improved-varieties of many crops including paddy, pulses, watermelon, potato, maize, barley, sunflower, vegetables," he said while addressing a farmers' rally in Dumuria upazila here.

Work is underway to rapidly expand these varieties and production technologies among all farmers in the vast coastal areas, he added.

A roadmap is being prepared for this purpose, he said, adding that if the farmers cultivate these crops, a new agricultural revolution will take place in the saline-prone areas of the southernsides of the country.

Razzaque added that about 25 percent of the country's area is coastal.

Due to the salinity of the area, only one crop was cultivated all year round, he said, adding that for the rest of the year after harvesting aman paddy, fields were left idle.

The government is working on how to cultivate crops twice or thrice a year in this unfavorable environment, he said.

There have already been many successes and it will be further expanded so that different crops can be produced in the area throughout the year, he added.

Initiatives are being taken to dig or re-excavate more than 600 canals in Khulna and Bagerhat to alleviate the problem of irrigation water, the minister said.

Imported rice from India to reach Mongla Port in Jan

Rice to be imported, if needed: Minister