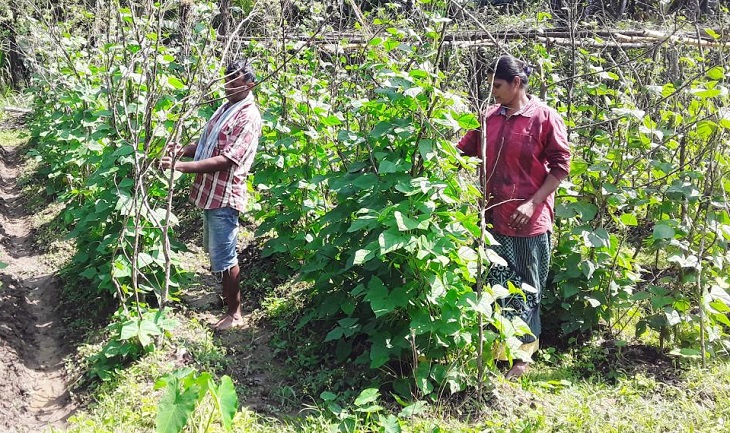 The Department of Agriculture Extension (DAE) has fixed a target of cultivating winter vegetables on 8,100 hectares of land in all seven upazilas of the district to recoup the existing losses being caused by floods.

Most of the upazilas of the district specially Saturia, Manikganj Sadar, and Singair are suitable for vegetable cultivation and farmers of the upazilas have already started cultivation of different types of vegetables on their lands with the receding of the flood water, DAE office sources said.

Ali Hossain, one of the vegetable cultivators of village Chartlli under Saturia upazila, said he has already planted cabbage on three bighas of land and those are growing well.

Ali Hossain is expecting to harvest cabbage from his land within 15 days.

Sarif Mia, a vegetable cultivator of village Fukurhati under Saturia upazila, said he has cultivated cabbage and cauliflowers on two bighas of land and he is expecting to start harvesting within two weeks.

Hedayet ullah, another vegetable cultivator of Ralya village under the same upazila, said he has cultivated palong shak, lal shak, data shak, bean, bottle gourd, cucumber, lady's finger and brinjal on three bighas of land and he has started to harvest and happy to get the maximum prices of his products.

When this correspondent visited some areas of Manikganj sadar upazila found some cauliflowers growing well and those may be matured within a week. The farmers said they are expecting to get the high prices of their products.

The farmers of char areas of Harirampur, Shibalaya and Daulatpur upazila have already started harvesting bottle gourds from their land and selling those at a high price.

A large number of women are found working along with the male labour in the fields.