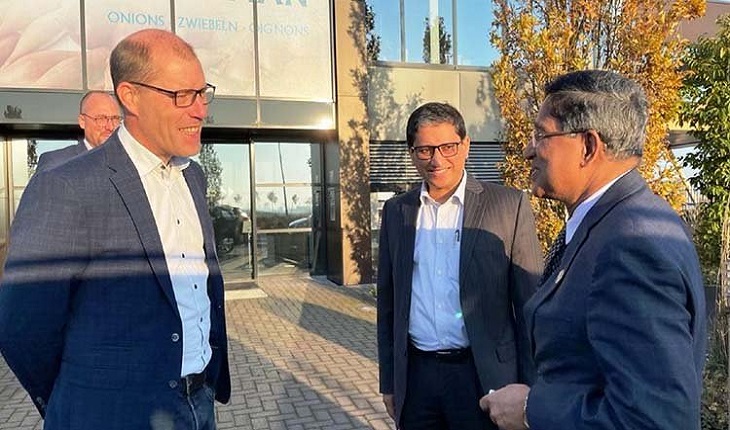 Agriculture Minister Dr Md Abdur Razzaque has said Dutch technology and skills will be utilized to preserve onions in the country.

"Dutch technology and skills will have to be utilized to foster preservation capacity of onions in the country," he said.

The minister said this after visiting Waterman Onions, a leading onion production, processing, packaging and exporting company, at Emmeloord in the Netherlands yesterday, said a press release here today.

Stating that the government of Bangladesh is working in achieving self-sufficiency in onion production, Razzaque expressed his interest in bringing improved varieties of onions and its production and storage technology from the Netherlands.

Razzaque, also the presidium member of Awami League, said Bangladesh can consider importing onion from Netherlands in September-December as this time the country faces some scarcity of onion.