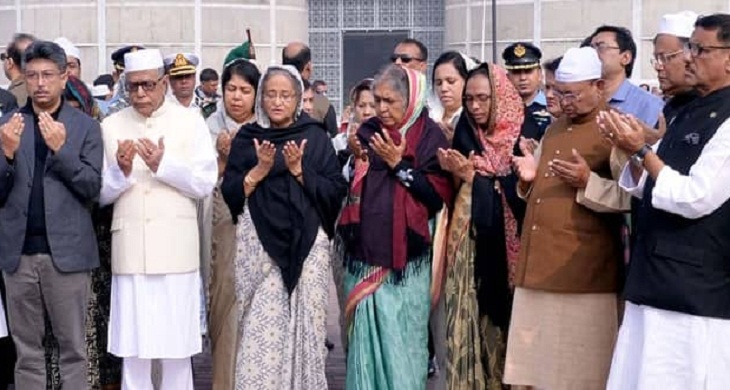 The first namaz-e-janaza of Fisheries and Livestock Minister Muhammed Sayedul Hoque was held at the South Plaza of Jatiya Sangsad at 10:10 am on Sunday.

Before janaza, a guard of honour was given to the late minister.

Later, the President, deputy speaker, ministers, lawmakers, senior leaders of Awami League and other political parties, well-wishers, officials and employees of the JS attended his namaz-e-janaza.

His body is now being taken to his constituency in Nasirnagar by a helicopter where his 2nd namaz-e-janaza will be held at Ashutosh Pilot High School ground around 11:00 am.

He will be buried at his family graveyard at Purbobhagh village of the upazila following another namaz-e-janaza after Zohr prayers, said Public Relations Officer of the Fisheries and Livestock Ministry Shah Alam Badshah.

Sayedul was made the fisheries and livestock minister after Awami League formed the government in 2014.

He was also the vice-president of Brahmanbaria College Students’ Union (1965- 1966) and he actively took part in the Liberation War.

People to reject anti-liberation forces in next general polls: Quader