Ride-apps to get govt nod 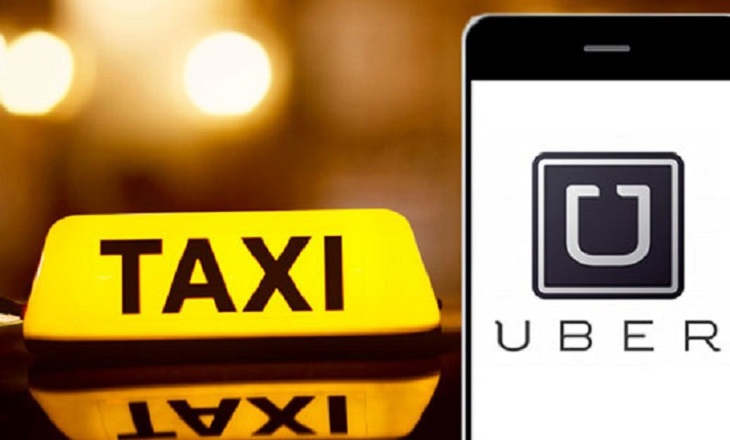 The road authorities open the door to app-based transport service providers like Uber and Pathao but on two key conditions fares cannot be more than that of taxi services and security cannot be compromised.

The government will fix or re-fix the fares if there is any discontent among passengers over those, according to the proposed guideline for the ride-hailing services.

The apps used by the service providers must have facilities so that both passengers and drivers can send signal to the police control room in case of emergency, it mentioned.

Bangladesh Road Transport Authority (BRTA) has prepared a draft of the “Ride-sharing Service Guidelines 2017” and sent it to the Cabinet Division, said ministry sources.

It is likely to be placed before the cabinet today for approval, they said.

With 10 sections and 45 sub-sections, the draft has been prepared when around a dozen app-based services, including Uber, Pathao, Cholo, Amarbike, Ezzyr and taxiwala, are already in operation in the capital.

The app-based service providers have welcomed the government move, saying it would benefit all the stakeholders.

The services have been well received by the city dwellers largely due to convenience, easy availability and reasonable fares, they said.

As per the draft, cars cannot charge more than the fare fixed under the Taxicab Service Guidelines 2010.

At present, the government-fixed fare for taxis is Tk 85 for the first two kilometres and Tk 34 for each subsequent km. Passengers have to pay waiting charge of Tk 8.50 every two minutes and Tk 20 extra for booking a taxi over the phone.

The app-based service providers, however, said the fares they charge are already less than that of taxi services.

Sayeda Nabila Mahbub, marketing manager of Pathao that provides both car and motorbike services, said a car passenger pays Pathao Tk 50 as base fare and Tk 20 for a kilometre with Tk 2.5 as waiting charge for each minute.

The minimum fare is Tk 100, she said, adding that it offers 30 to 40 percent discount on fares to its clients every week.

According to the draft, the apps used by the service providers must have SOS (Save Our Souls) option for ensuring security of passengers and drivers.

In case of emergency, the SOS option will allow passengers or drivers to send information on their location and other details to a dedicated number.

The apps must have options for a passenger to know possible fares. It also has to offer facilities to both the passenger and the driver to share their experience of a ride and lodge complaints, if any, with the BRTA and the service provider, it said.

Service providers will preserve details of the trips, including fare, distance and time for three months, but they must not share those with others.

However, if necessary, law enforcers, the BRTA and other authorities may be given access to those, the draft said.

The apps must be approved by the BRTA or the other authorities concerned.

Besides, all service providers must have a system to allow the police control room, if necessary, to keep watch on a trip, the draft mentioned.

Private motorbikes, cars, sport utility vehicles, microbuses and ambulances can be included under the services, and both the company and the driver have to obtain certificates from the BRTA.

A company must have 100 vehicles for providing services in the capital, 50 in Chittagong and 20 in any other area.

Documents on the vehicles must be up-to-date and drivers will not be allowed to wait at places, other than the designated ones, to pick up passengers.

A person can register only one vehicle under the service and that can be done a year after the vehicle's registration with the BRTA, it said.

A company has to pay Tk 1 lakh and submit other relevant documents, including trade licence, to get “enlistment certificate”.

A car driver has to pay Tk 1,000 and a biker Tk 500 as yearly enlistment fee and renew the “enlistment certificates” after three years.

The draft noted that cars, motorbikes, sport utility vehicles and microbuses used by individuals or families are on the rise, leading to traffic jam. Through the ride-hailing services, an individual will be able to rent out his private vehicle after meeting the requirements.

Once the ride-sharing service is introduced, it will help ease traffic jam, improve transport service and above all, owners of private vehicles will be benefited economically, mentioned the draft.

In May 2015, the USA-based Datavoxel Ltd launched the first app-based motorbike service Share a Motorcycle (SAM) in Dhaka city.

Later, the BRTA issued a notice saying that such services were illegal as motorbikes were registered privately, and that there was no scope for using those for commercial purposes.

When Uber, a popular app-based ride-hailing service, launched operation in Dhaka city in November, 2015, the BRTA said the service was run in violation of the country's motor vehicle regulations.

Later, Uber and other firms urged the government to formulate a guideline for app-based services.

“We want to give service to people in line with all the rules and the law of the land,” he said.

Hussain Md Elius, chief executive officer of Pathao, said, “It is very good that there will be a guideline. It will give legitimacy to our service.”

Uber's Dhaka office said, “We are working with the government and the policymakers to help bring innovation to our cities through constructive dialogue and engagement. We are thankful for all the cooperation and support that we have received from the government of Bangladesh.

“We admire the government's intent and vision for redefining the urban mobility landscape in Dhaka [city] and beyond. We are hoping to see something beneficial for our riders, driver partners and the industry at large,” it mentioned.

Sajal Ahmed, who works at a private company in the city's Karwan Bazar area, said he has been using app-based transport services for the last one year.

“These services are hassle-free and cheaper than taxi services,” he added.