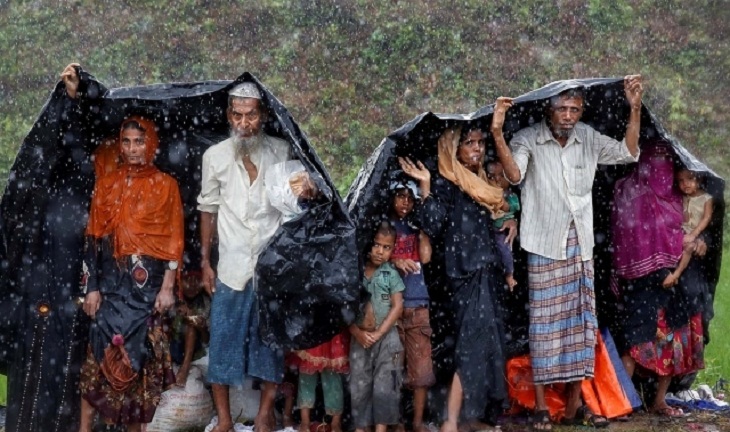 Despite escaping violence in their homeland, the impending cyclone and monsoon season mean the Rohingya refugees now face more life-threatening dangers from the weather and environmental conditions in Bangladesh, says the UN Migration Agency on Monday. 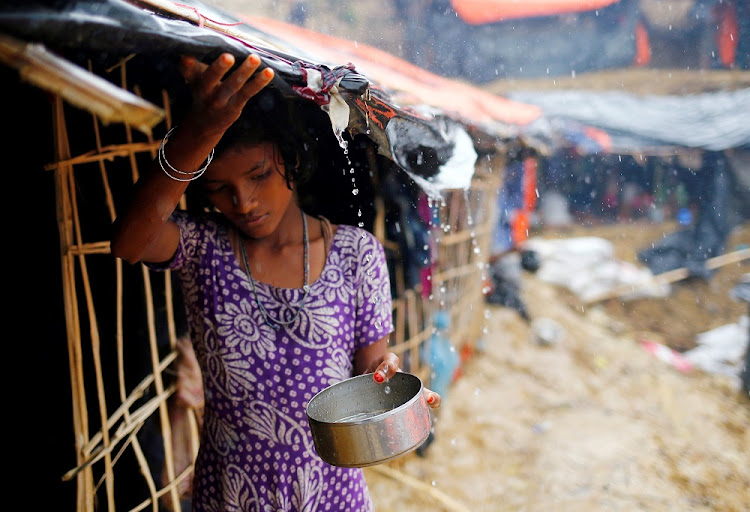 Most now live in extremely basic shelters in desperately overcrowded camps built on steep and precarious sandy slopes at severe risk of deadly landslides and flooding, it said.

IOM, with UK support, is helping to provide lifesaving shelter, medical care, protection and other vital services to refugees and host communities in the Cox’s Bazar area.

IOM’s emergency preparations are already being put into action and the organisation is now working with the government of Bangladesh as well as members of the local and refugee communities to help mitigate against major disasters in the weeks ahead, said the IOM.

However time is running out and the size of the camps and scale of the environmental challenges where they are situated means agencies and the government must be ready to response to major emergencies, said the UN agency.

British Foreign Secretary Boris Johnson recently met with Rohingya refugees in Bangladesh and described as “unimaginable” the conditions they will face when the monsoon hits their camps in coming weeks.

The foreign secretary, who also met with state counsellor Aung San Suu Kyi in Myanmar on Sunday promised to help after refugees broke down in tears while telling him their experiences, fears and concerns at a meeting hosted by IOM, the UN migration Agency.

More than 688,000 Rohingya have sought safety in the Cox’s Bazar area of Bangladesh since late August 2017 after fleeing violence in Myanmar, with more continuing to arrive every week.

Johnson described the suffering of the Rohingya as “one of the most shocking humanitarian disasters of our time”.

Both male community representatives and members of IOM’s women support groups who attended the meeting, hosted at an IOM site management centre, told Johnson they wanted to return to Myanmar, but only if conditions were safe.

UK backing is enabling IOM to work on key road projects to ensure refugees and people in the host community can continue to receive vital services and access to emergency support when the rains hit.

It is also supporting the government of Bangladesh to develop evacuation plans as well as providing ground-level training for refugees and members of the local community to provide first aid in emergency situations.

This week the IOM, with UK support , launched the roll out of Upgrade Shelter Kits which will help  120,000 families from the refugee and local community make their shelters and surrounding ground more secure ahead of the monsoon.

Manuel Pereira, IOM’s emergency coordinator in Cox’s Bazar, said; “The UK’s support has been invaluable in helping IOM to provide Rohingya refugees with life-saving services during the initial crisis and meet their continuing basic needs in these extremely challenging circumstances. As we prepare to respond to disaster situations when monsoon and cyclone conditions hit in the coming weeks, that continued support is absolutely crucial.”

“In the longer term, the fact the UK is willing to commit to providing funding over more than one year, allows IOM and other agencies to work with the government of Bangladesh to support the local community and ensure the Rohingya people, who have suffered so much, can face the future with greater security, safety and dignity,” he added.

Myanmar working with Bangladesh for safe return of Rohingyas: Envoy