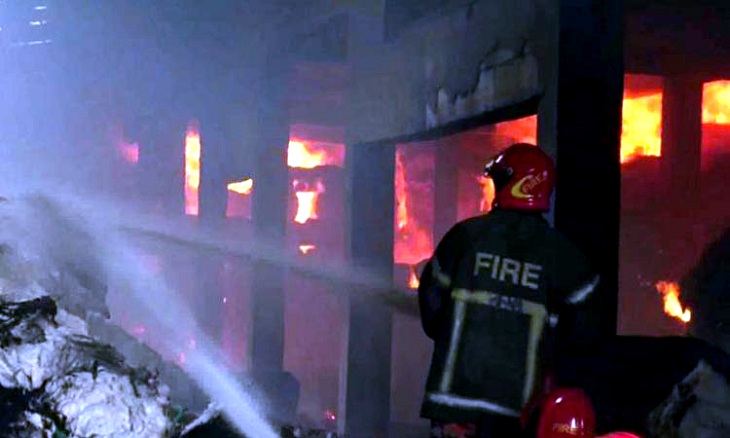 Three more bodies were pulled out of the wreckage of a spinning mill in Sreepur upazila’s Gazipur on Wednesday, taking the death toll to four.

Two of the deceased were identified as Shahjalal Mia and Anwar.

The bodies were sent to Shaheed Tajuddin Ahmad Medical College Hospital for autopsy.

On Tuesday, a security guard, identified as Russel Mia, was burned to death after the fire broke out at the spinning mill around 2pm.

Eighteen firefighting units extinguished the blaze after 12 hours of frantic effort. Valuables, including cotton and machineries, were destroyed in the fire.

A three-member committee was formed to identify the cause of the fire.