No place in AL for anti-liberation family members 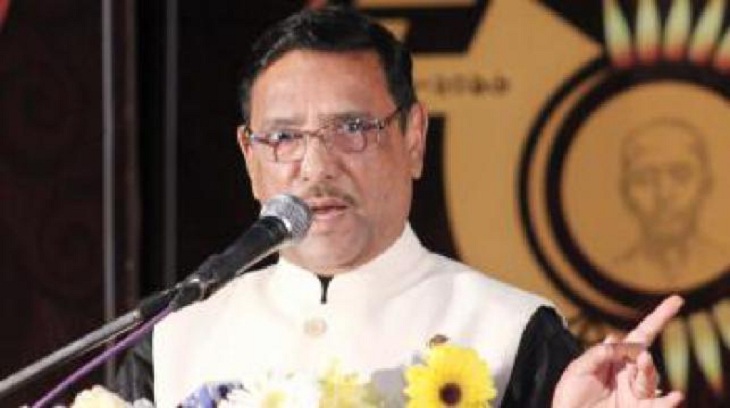 Road Transport and Bridges Minister Obaidul Quader on Thursday said no one of the family members of war criminals and anti-liberation forces will be inducted in Awami League.

The minister said this while exchanging views with the newly-elected executive committee members of Bangladesh Secretariat Reporters Forum (BSRF) at the secretariat on Thursday.

ObaidulQuader, also the AwamiLeague General Secretary,said no one of the anti-liberation element would be allowed to become member ofthe ruling party as the fresh member collection drive will begin from July 21.

“We’ll certainly raise question if those belong to the families of anti-liberation communal force try to become member of Awami League. We can’t compromise on the issues of values as well as the spirit of the Liberation War.

Replying to a question,Quadersaid he did not make any statement last week saying that it would not be a problem for becoming an Awami League member if anyone in the family is war criminal or Jamaat member.

“I cannot make such a statement. Our stance is very clear and Awami League is in favour of Liberation War, the ideology of independence, values of Liberation War and the spirit of Bangladesh’s birth,” he added.

Road condition better than anytime before