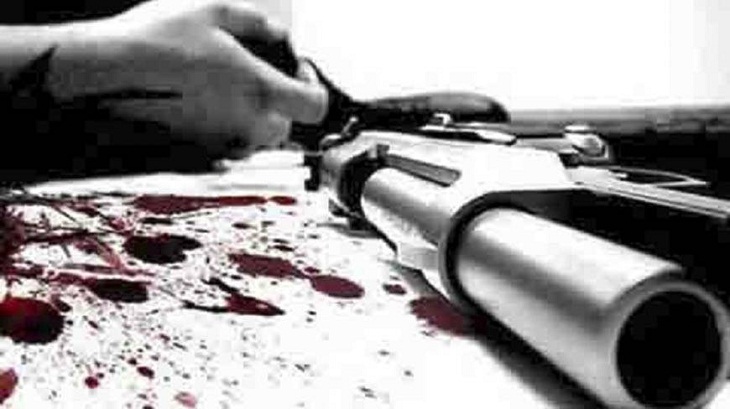 The deceased were identified as Alamin, son of Mohonlal of Harpur under Kashiadanga Police Station of Rajshahi city and Biplab, 32, son of Sultan Mia of Fatullah in Narayanganj city.

Sensing their presence, drug peddlers opened fire on them, forcing them to fire back that triggered a gunfight, he said.

Later, police recovered Alamin’s body from the river, he said, adding that he might have drowned while fleeing.

Three policemen also received injuries during the gunfight and they took primary treatment at Rajshahi Medical College Hospital, the police official claimed, adding that one shooter gun, two bullets and 79 bottles of Phensidyl syrup were recovered from the spot.

Alamin was accused in a several narcotics cases, he said.

Quamrul Islam, sub-inspector of Detective Branch (DB) of police in Narayanganj, said acting on a tip-off, a special DB team conducted a drive at a microbus stand of Chandmari in Fatulla around 3am.

Sensing their presence, drug traders opened fire on them, forcing them to fire back in self-defence that triggered a gunfight.

Later, Biplab was found dead on the spot, said the SI, adding that he was accused in 14 cases filed with Fatulla Police Station.

Three policemen were also injured in the gunfight.