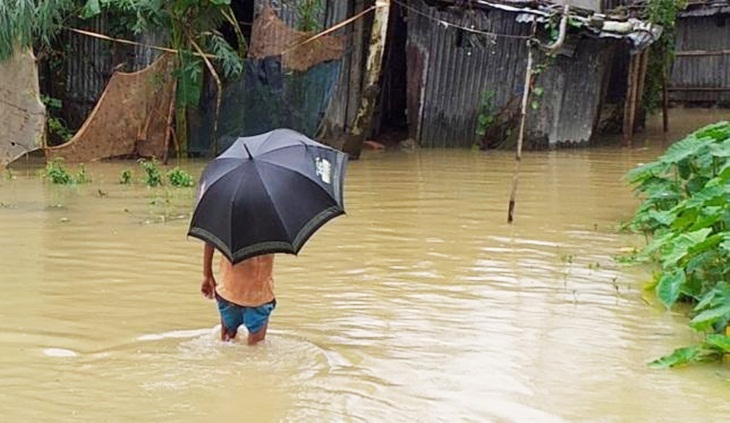 Thousands of people were stranded as the overflowing Atrai River continued to destroy embankments and inundate localities on Tuesday.

It was flowing 70cm above the danger level on Monday evening.

The situation is severe and locals fear that houses and establishments along the banks could be swallowed by Atrai and Fokirni rivers at any moment.

Water Development Board sources said the water will continue to rise in the next 24 hours. The situation may improve on Thursday, said Sudhangshu Kumar Sarkar, Executive Engineer of Naogaon WDB.

Ibrahim Hossain, local UP member said at least 700 families took shelter on the embankment with their livestock.

Locals were seen voluntarily keeping an eye on 30 risky points of the embankment.

“WDB officers visited this area before monsoon but took no action,” he said.

Locals complained that the authorities concerned did not repair the embankments.