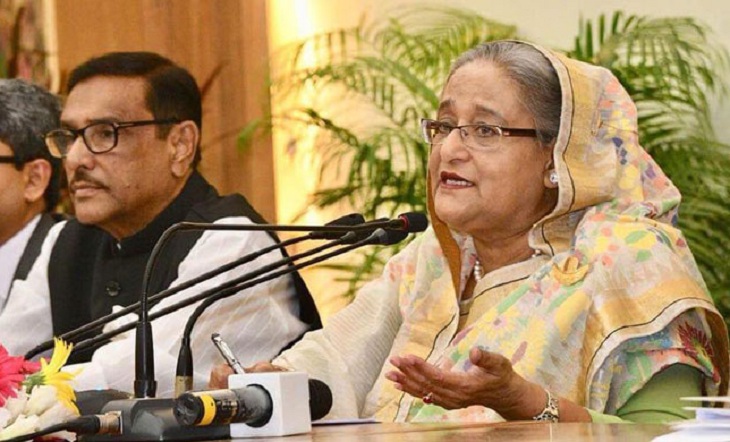 Road Transport and Bridges Minister Obaidul Quader on Friday said Prime Minister Sheikh Hasina has asked all to stand beside the flood-affected people of the country.

While talking to journalists, he disclosed the prime minister’s call after he went to the Hazrat Shahjalal International Airport to see her off.

Prime Minister Sheikh Hasina left Dhaka for London on an official visit to the United Kingdom this morning.

Besides, the cabinet secretary, the chiefs of Bangladesh Army and Bangladesh Navy, the acting chief of Bangladesh Air Force, the dean of the diplomatic corps, the British high commissioner to Bangladesh and high civil and military officials were also present.

Untold suffering visited upon the country people as flood situation continued to deteriorate on Friday in a number of northern districts starting from Naogaon, Gaibandha, Sherpur, and Kurigram, down to Manikganj, Sirajganj and Faridpur.