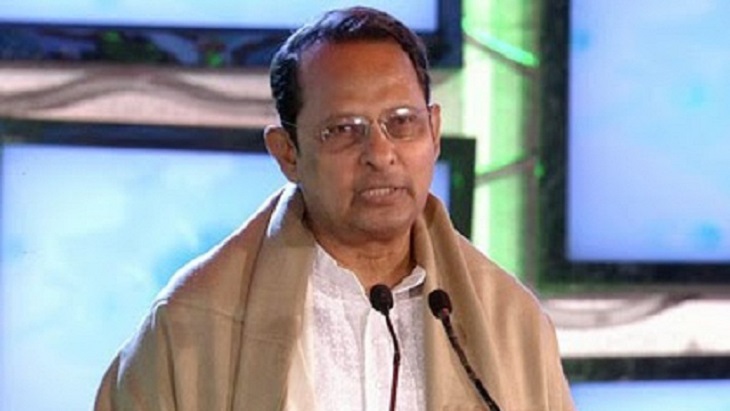 Information Minister Hasanul Haq Inu, MP,yesterday said that to attain sustainable development the politics of the country had to be cleansed of communalism and militancy and rivers freed of polluters and grabbers.

He was speaking as the chief guest at a five-day photo exhibition by journalists to celebrate International River Day organised by "Nongor", an organisation dedicated to the protection and preservation of rivers, at National Museum here.

The information minister said this riverine land of ours needed to be kept free from pollution by communal forces and militants and the rivers had to be freed of waste and illegal occupiers. Only then would the nation and its rivers remain pollution-free.

He said currently the world was confronting and overcoming the challenges of poverty, environmental damage, a fast-changing information and communication technological landscape and militancy.

He added: "Under the leadership of Prime Minister Sheikh Hasina, Bangladesh, too, was engaged in these four sectors. Liberation from greed, gluttony and profits could alone help attain these goals."

Hasanul Haq Inu appealed to the media to focus on grabbing of rivers, pollution and unplanned embankments as they posed the gravest threats to the rivers.

Presided over by the chairman of the host organization Nongor, Shumon Shams, the meeting was also addressed by the president of Sammilito Sangskritik Jote, Golam Quddus, as special guest and leading photojournalists.

The show would remain open for all from 10 am to 5 pm every day till September 29 at the prime gallery of the museum.

International River Day is celebrated every year on the last Sunday of September. Participants from all major print and electronic media are taking part in the exhibition.