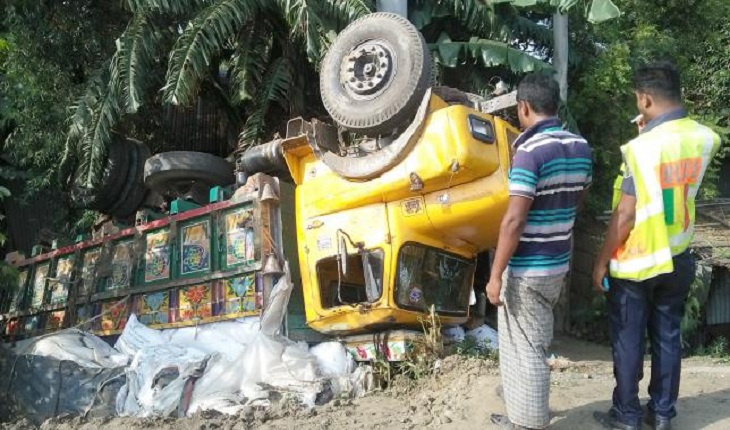 The assistant of a truck driver was killed after the vehicle overturned on Dhaka-Tangail highway around 6:30am on Wednesday.

The deceased is Rahat Hossain from Bhuapur upazila of the district.

According to the police and locals, the driver of the fertiliser laden truck bound for Jamalpur from Brahmanbaria lost control at Hatkura area of Mirzapur in the district. The truck overturned beside the road leaving the assistant seriously injured.

As Rahat was taken to Kumudini hospital the physician there declared him dead.

Police have detained the driver, Raisul Islam, who reportedly blamed a bus for the accident saying he had given it space resulting in the accident.

The body has been kept at the Kumudini hospital morgue for autopsy, said Gorai Highway Police sub-inspector Ashraful Islam adding that the body would be handed over to the family once the legal procedures were complete.