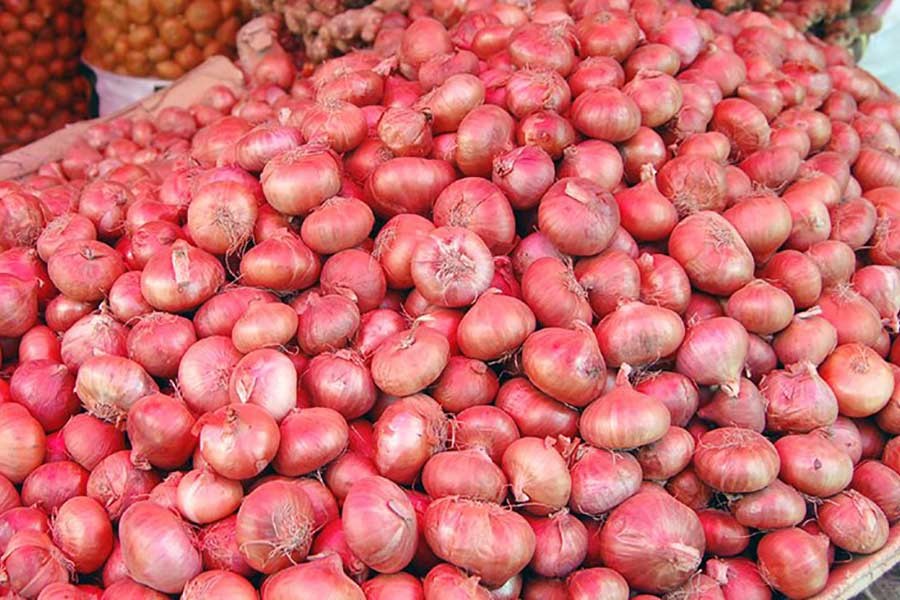 India on Saturday lifted its ban on onion export only to Bangladesh in a move that came hours after comments made by Prime Minister Sheikh Hasina that the sudden step was causing “difficulties” to her people.

India allowed the shipment of onion bought under pre-ban Letter of Credit (LC) immediately after the premier’s comments on Friday.

Around 400 trucks loaded with 10,000 tonnes of onion have left India for Bangladesh, said our New Delhi correspondent.

Indications from the Indian capital late Friday said some “positive decisions” would be made before Sheikh Hasina’s talks with her Indian counterpart Narendra Modi.

Bangladesh commerce secretary Md Mofizul Islam said onion export started soon after the withdrawal of the ban by the Indian government as the letter of credits LC which were opened earlier.

Price of onion abnormally soared in Indian markets due to flood loss prompting the export ban of the commodity to make internal markets stable.

As a result, Bangladesh faced scarcity of onion hitting hard the consumers due to its price spiral.

A red-faced India took note of Sheikh Hasina’s comments on the sudden ban during a meeting in New Delhi with top businessmen where she said that she told her cook not to use onion for preparing food at her home. She added that the sudden ban had caused difficulties for Bangladeshis as the price jumped manifold due to the sudden shortage following the Indian ban.

Earlier, on late Friday Indian External Affairs Ministry spokesman Robish Kumar told reporters in New Delhi that Sheikh Hasina’s comments on onion have come to the notice of his government. “We are looking at ways to see how we can lessen the problems she mentioned and how to accommodate her concerns.”

Onion price to be normal soon