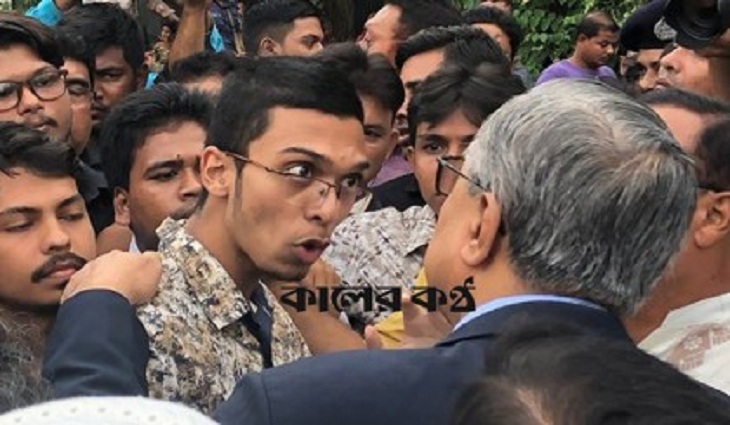 Police beat younger brother Fayaj of murdered BUET student Abrar Fahad in a clash between police and local people in Kushtia on Wednesday afternoon. Three were injured including Fayaj during the clash.

Vice-Chancellor of the Bangladesh University of Engineering and Technology (BUET) Dr Saiful Islam went to visit Abrar’s home in Kushtia to condole the bereaved family members.

But, the VC started returning journey to Dhaka after offering munajat (prayer) at Abrar’s grave as local people obstructed him (VC) entering Abrar’s home in Kushtia.

BUET VC left Dhaka for Kushtia at 10:00 am to condole the bereaved family members of Abrar Fahad who was beaten to death by BCL activists of the university unit.

So far, police have arrested 14 out of the 19 accused in the case. A Dhaka court on Tuesday granted a five-day remand for each of the 10 accused who were arrested on Monday.

Abrar, 21, a student Bangladesh University of Engineering and Technology (Buet), was found dead on the staircase of Sher-e-Bangla Hall of the university early Monday.

Some BCL leaders beat him at room-2011 of the dormitory on Sunday night suspecting his link to Bangladesh Islami Chhatra Shibir.