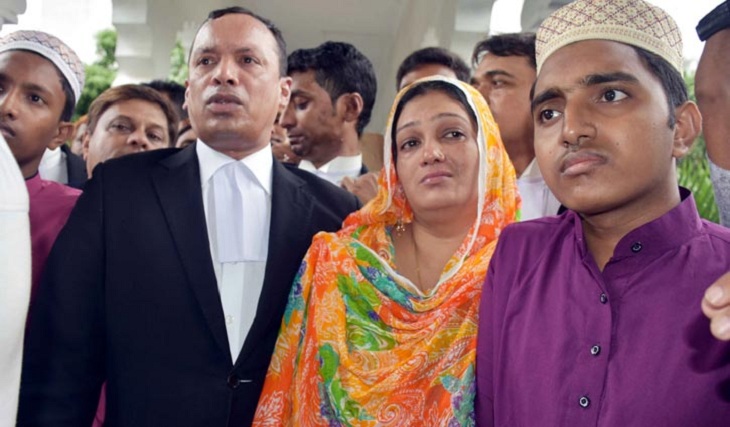 The Appellate Division of the Supreme Court (SC) today ordered authorities of transport company Swajan Paribahan to pay Taka 10 lakh to the family of Rajib Hossain, who was killed after coming between two buses in the capital last year.

A four-member apex court bench headed by Chief Justice Syed Mahmud Hossain passed the order, asking the transport company to pay the money within a month.

The High Court on June 20 ordered Bangladesh Road Transport Corporation (BRTC) and Swajan Paribahan to pay total Taka 50 lakh to the family of Rajib. The court had asked the two transport companies to pay Taka 25 lakh each in compensation by next two months.

Following the High Court order, Swajan Paribahan filed an appeal against that with the apex court and the Appellate Division today came up with the order after holding hearing on the plea.

Rajib Hossain, a third-year bachelor degree student of Government Titumir College, died on April 17, 2018, ending his two-week struggle for life after losing his right hand being trapped between two speedy buses of BRTC and Swajan Paribahan at Sonargaon Crossing in the city on April 3, 2018.

No bar to publish gazette of 9th wage board for journos: SC

Modhumoti Model Town in Savar must be removed: Supreme Court

Myanmar Supreme Court to rule on appeal of Reuters reporters