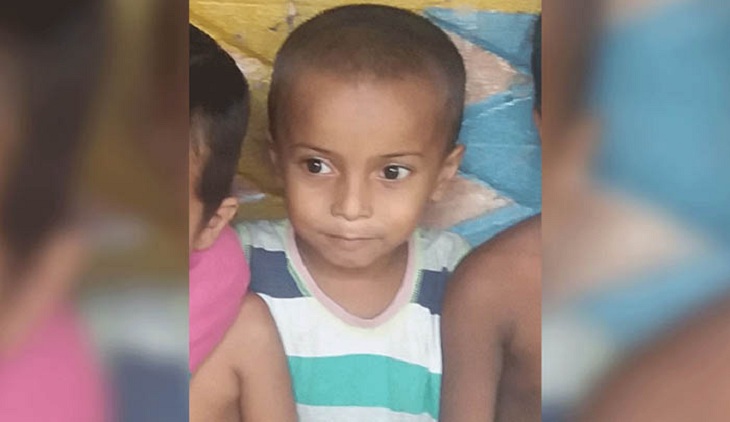 Tuhin Hasan, the 5-year-old boy of Dirai, the victim of indescribable brutality, was killed by his own father, paternal uncle, and cousin, said police.

Confirming the matter, Mizanur Rahman, Additional Police Super of Sunamganj in a press briefing on Tuesday evening told reporters that the family brutally murdered the minor boy only to implicate their rivals in the case.

Mizanur Rahman said Tuhin’s father Abdul Basir and uncle Nasir Uddin confessed to police about their part in the brutal murder of the minor boy.

He also told journalists that Thuhin’s father took his sleeping son out of the house in his lap around 2:30 am on Sunday night (Early Monday). Outside the house, uncle Nasir Uddin and cousin Shahriar killed him slitting his throat and stabbing in the abdomen. After killing the boy they cut off its ears and genital and hung the body with a tree.

Mizanur Rahman added that Tuhin’s father also involved with the murder. Tuhin was brutally killed in front of his father.

Meanwhile, the same court placed three people, including Tuhin’s father Abdul Basir, on a three-day remand in connection with the murder when police produced them before it seeking a five-day remand, said KM Nazrul Islam, officer-in-charge of Dirai Police Station.

The two others who were remanded are uncle Abdur Musabir and neighbour Jamshed Ali.

Monira Begum, mother of Tuhin, filed a case against 10 people on Tuesday in connection with the murder.

The body of the minor boy was found hanged from a tree on Monday morning with his ears, genital parts and throat severed. Two knives used in the murder were also found stuck in his abdomen.