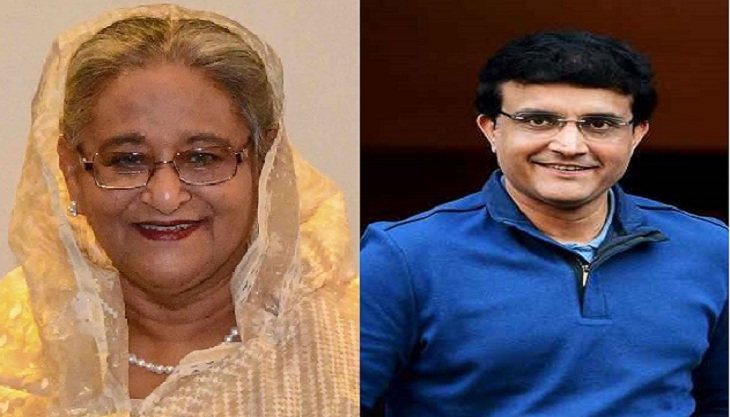 President of Cricket Association of Bengal (CAB) Sourav Ganguly, who is taking over the control of the BCCI for the next 10 months, has invited Prime Minister Sheikh Hasina and her India counterpart Narendra Modi for the upcoming India Vs Bangladesh cricket Test match, to be held at the Eden Gardens from November 22 to 26.

If all goes as per plan, the Kolkata Test between India and Bangladesh at the Eden Gardens could see the Prime Ministers of the two countries in attendance.

Sources in the know of developments have told IANS that invites have been sent by the Cricket Association of Bengal (CAB) to both the Prime Ministers to grace the historic occasion when Bangladesh play their first Test at the historic ground in the City of Joy. A confirmation is expected to come in soon.

The association is known to take cricket celebration to the next level and even while hosting the India-Pakistan encounter in the 2016 World T20, it was Amitabh Bachchan who was invited to be a part of the monumental occasion as also sing the Indian national anthem. In fact, former Pakistan captain and current Prime Minister Imran Khan was also in attendance for the game.

And now with the then CAB President Sourav Ganguly taking over the control of the BCCI -- for the next 10 months -- there could be more surprises in store for the cricket crazy people of the city.

Interestingly, the last time a cricket match saw such a high-profile presence was the semi-final of the 2011 World Cup in Mohali when India played Pakistan and the game was closely watched by then India Prime Minister Manmohan Singh and his Pakistan counterpart Yousaf Raza Gilani among other delegates from both the countries.

The second Test of the two-Test series will also be the time when the Jagmohan Dalmiya Memorial Lecture will be held and it will be in all likelihood Ganguly who will be the speaker on the occasion. This apart, the state-of-the-art indoor training facility that is being constructed at the Eden Gardens is also expected to be inaugurated during the second Test between India and Bangladesh.

Coastal radar should not be headache of others: Momen

Want to get Bangladesh ready to face any calamity: PM