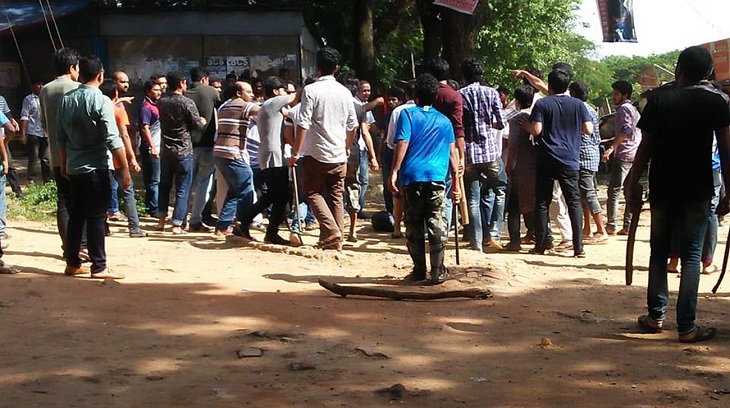 The protesting teachers and students of Jahangiarnagar University (JU) have allegedly come under Bangladesh Chhatra League (BCL) attack at the campus that left at least 20 injured.

Witnesses said, at least 20 teachers and students of JU were injured on Tuesday noon as members of university’s BCL unit attacked them, who confined Vice Chancellor Professor Farzana Islam to her residence since last evening.

Around 100 BCL men led by its JU unit President Jewel Rana swooped on the students, teachers and journalists around noon and dispersed them from the spot, they added.

Students started the protests in August, demanding a judicial inquiry into the reported involvement of the vice-chancellor in corruption and mismanagement of the Tk 1,445 crore campus development projects.

It has been alleged that the VC managed Bangladesh Chhatra League (BCL) JU unit leaders with Tk 1.6 crore from the development fund.