Abrar died due to negligence of Prothom Alo: PM 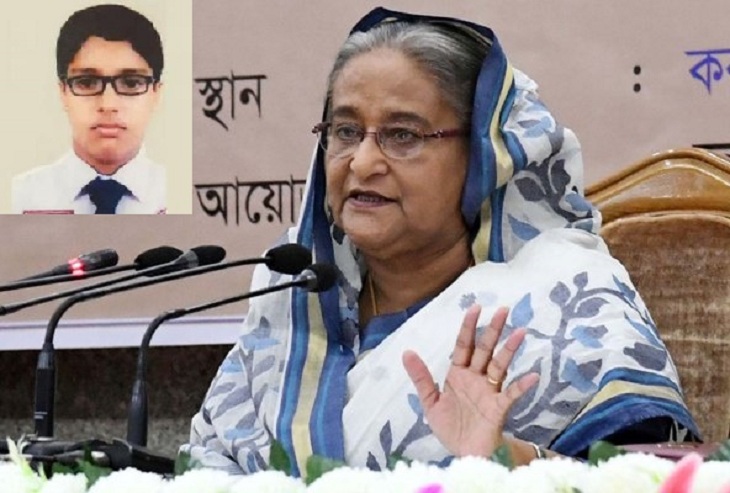 Prime Minister Sheikh Hasina on Thursday said student of Dhaka Residential Model College Nayeemul Abrar Rahat lost his life due to the negligence of the hosts of Prothom Alo, a national Bangla daily.

“This death (Death of Nayeemul) is an abominable crime. It won’t be tolerated,” she said.

The Prime Minister said this while distributing cheques of financial assistance at a simple ceremony at her office among sick, financially insolvent and injured journalists as well as the families of journalists killed in road accidents. The money came from the Bangladesh Journalists Welfare Trust.

She said, “The hosts, who organise any function, have a responsibility to ensure the safety. The organisers of Prothom Alo should have considered that minor students attended the function. But they have neglected the fact. Even they tried to suppress the death of Nayeemul Abrar and continued the function.”

The premier also asked why electrocuted Abrar was taken to Mohakhali instead of nearest hospitals as they were many hospitals in the Dhanmondi area.

“How could they (Prothom Alo authorities) let this happen?  Didn’t they have any responsibility? To neglect the security of the minor students is an abominable crime. This can’t be tolerated,” she added.

Rahat, 15, a student of class-nine of the college, died after getting electrocuted at a programme titled “Ki Ananda”, a function of the daily Prothom Alo’s magazine for juveniles Kishor Alo, on November 1.

Naimul’s father Md Mojibur Rahman has filed a case against Motiur Rahman, editor and publisher of the daily Prothom Alo, alleging that his son died due to the negligence.