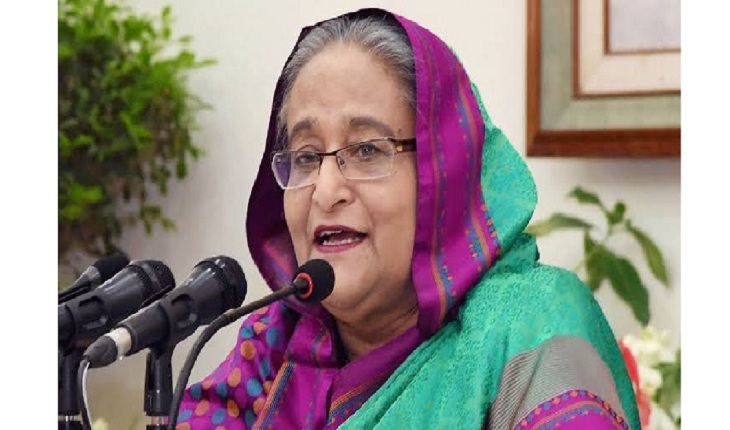 Prime Minister Sheikh Hasina on Wednesday said the government will be able to provide electricity to every house during the announced 'Mujib Year', which will be celebrated from March 2020 to March 2021.

“God willing, we’ll be able to provide 100 percent electricity within the Mujib Year. No-one will be left in dark,” she said.

The Prime Minister said this while inaugurating newly-constructed power plants and launching cent percent power coverage in 23 upazilas under 10 districts through video conferencing from her official residence Ganobhaban.

Sheikh Hasina said that apart from electricity production, the transmission and distribution are also important and the government is implementing various projects for that.

She requested the people to maintain austerity in using electricity as the government provides huge subsidy in this sector to give people electricity at cheaper price.

The Prime Minister said the government adopts all of its plans to provide the fruits of development programmes to the grassroots people.

"We’re implementing all our programmes keeping an eye on that matter. That means we don’t want to keep our development in urban areas or capital city, we want to change the fate of the people living in the rural areas," she said.

She said the government wants to develop the socioeconomic status of the people of the rural areas, provide employment and ensure all kind of facilities including healthcare and education.

"We have given highest priority in ensuring food security, and we have ensured that. Now we are trying to make the people aware of food nutrition and have taken various programmes in this regard," she said.

In this connection, she said everyone has to preserve arable lands for ensuring food security. “Because we have to provide food to our people, we will not beg anyone for food, we want to stand on our feet by producing our own foods, we will be self-dependent and keep our heads high in the world arena," she said.

The Prime Minister said the government is implementing various programmes to ensure basic rights of the people.

Later, she spoke to various sections of people from Faridpur, Natore, Pirojpur and Netrokona.