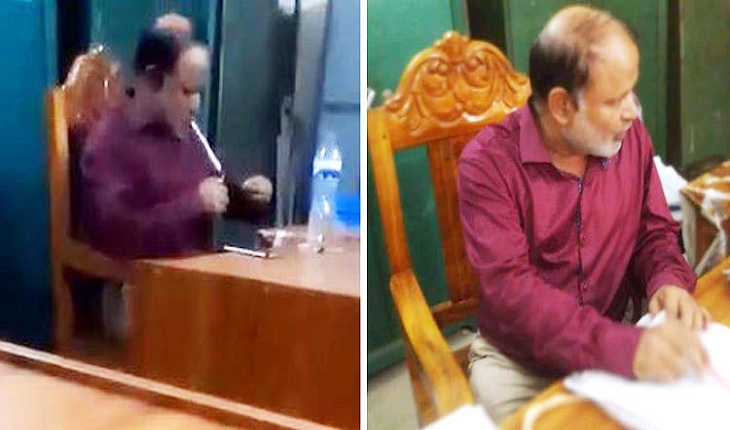 The government withdrew Samir Kumar Chakrobarty, chief assistant-cum-accountant of the assistant commissioner (land) office in Phulpur upazila of Mymensingh, after a video of taking Yaba pills by the employee during office time went viral on social media.

Moreover, upazila nirbahi officer (UNO) of Phulpur Saiful Islam has been asked to file a report after investigation into the allegation, he said.

Departmental and legal actions will be taken after getting the investigation report, Mahabub Murad added.

Earlier on Thursday, a video of Samir went viral on social media platforms where he was seen sitting in a chair and his assistant brought some Yaba for him. Then he took the contraband pills in the office.

While contacted for comment over the allegations, Samir Kumar Chakrobarty did not receive the phone calls though it rang several times

5000 yaba recovered in city, one held