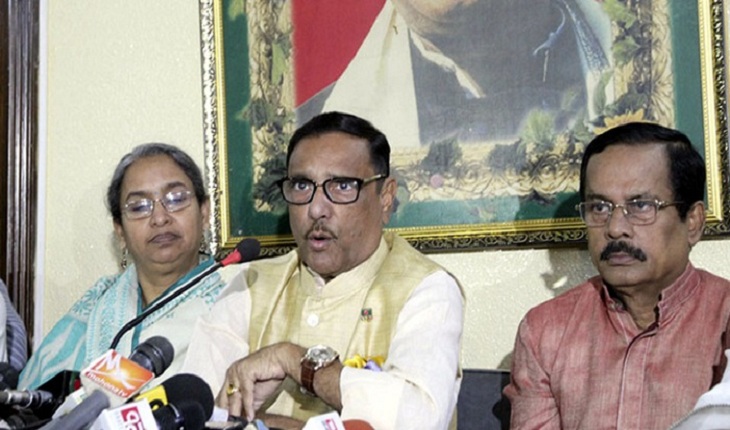 Awami League general secretary Obaidul Quader on Friday urged the party’s lawmakers not to be candidates for the posts of presidents and general secretaries in its upazila level committees.

“No lawmakers will be allowed in the posts of presidents and general secretaries in our upazila level committee so that those, who weren’t elected as members of parliament (MPs), can get change to become leaders of the party. AL president Sheikh Hasina has given various instructions in this regard,” he said.

He came up with the remarks while addressing a press conference at AL President Sheikh Hasina's political office in Dhanmondi area of the city on Friday morning.

Quader, also the road, transport and bridges minister, said that AL MPs will get the scope of being of presidents and general secretaries in the district level committees.