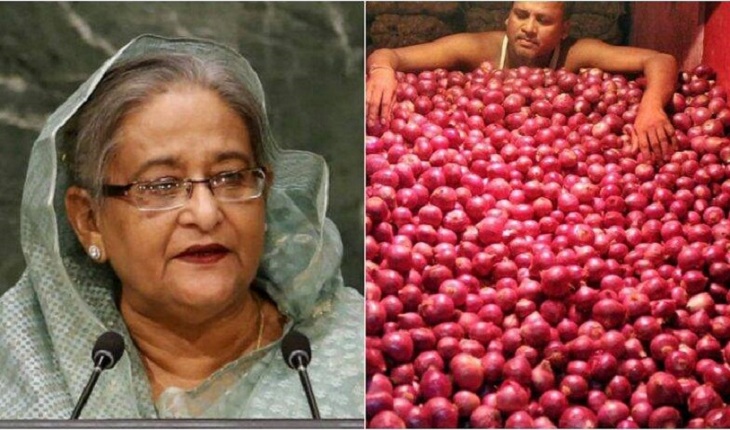 Mentioning the price hike of onions, Awami League President and Prime Minister Sheikh Hasina said the prices of onions will decline within one or two days as onions are being imported from abroad.

Renting cargo plane, onions are being brought to the country. The cargo plane carrying onions will land in the country shortly, she hoped.

The premier said actions will be taken against those persons who have destabilised the onions market of the country.

Sheikh Hasina made the remark as the chief guest while addressing the triennial council of the Awami Swechchasebak League at Suhrawardy Udayan in the capital on Saturday.

The prime minister said that a section of people in the country become engaged in conspiracy when the countrymen live in peace. And they do not want people’s happiness and try to make issue somehow.

Stating the price of onion at Rs 100 per kilogram in India, Sheikh Hasina said, “We have taken various initiatives to make people happy. We have also adopted programmes for the development of the rural people.”