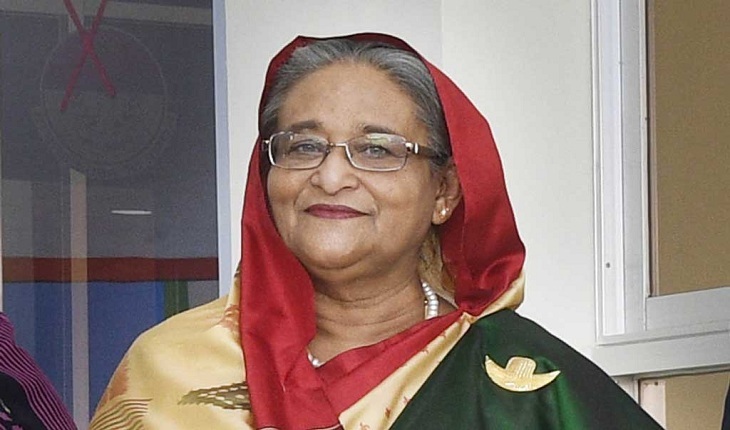 Prime Minister Sheikh Hasina on Sunday joined the opening ceremony of the Dubai Airshow 2019, one of the largest aviation exhibitions in the world.

The five-day airshow that began today will continue till November 21 at Dubai World Central (DWC) with the participation of some 1,300 companies from 160 countries.

Sheikh Hasina joined the opening ceremony of the 16th biennial aviation show at the invitation of Vice President and Prime Minister of UAE, and Ruler of Dubai Sheikh Mohammed bin Rashid Al Maktoum.

The Prime Minister will also enjoy the flying display there at 2pm (local time).

Sheikh Hasina arrived in Dubai on Saturday night on a four-day official visit to the United Arab Emirates (UAE).

During the five-day airshow, aircraft will take to the skies over Dubai from 2pm to 5pm every day at Dubai Al Maktoum International Airport, also known as Dubai World Central, at 10am.

More than 160 official delegations and 1,300 governmental and private companies from Americas, Europe, Asia, and Africa are participating in the event that has become one of the top three airshows in the world.

The Dubai Air Show, which was launched in 1989, has turned as a global platform for the aviation industry to sell its new wares, as the public and private sectors meet to discuss new technologies, opportunities, and hurdles facing the industry.

In 2017, the last aviation exhibition drew 79,380 trade visitors from around the world, which featured 1,200 exhibitors from 63 countries and an order book in excess of $113.8 billion.