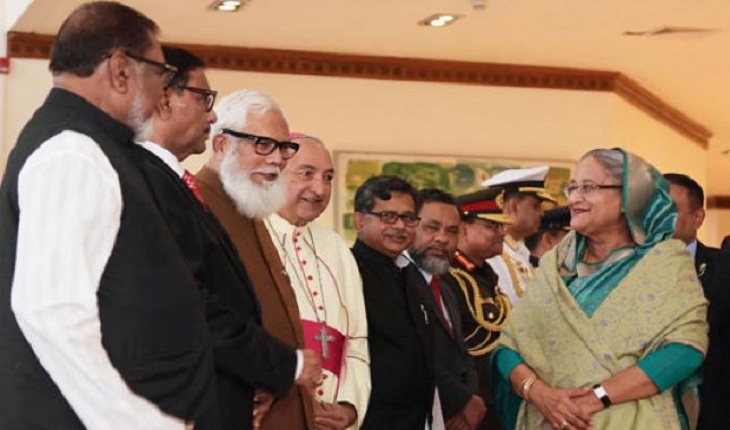 Prime Minister Sheikh Hasina left Dhaka for Kolkata on Friday morning to watch the second Test match of a two-match Test series between Bangladesh and India that will begin at Eden Gardens in Kolkata today.

A special flight of Biman Bangladesh Airlines carrying the Prime Minister and her entourage departed Hazrat Shahjalal International Airport (HSIA) at 10:15am.

The flight is scheduled to land at Netaji Subhas Chandra Bose International Airport Kolkata at 10:40am (Indian time).

After the ceremonial programmes at the airport, the Prime Minister will go to Hotel Taj Bengal Kolkata where she will be staying during her short Kolkata visit.

Earlier, President of the Board of Control for Cricket in India (BCCI) Sourav Ganguly invited Sheikh Hasina and her Indian counterpart Narendra Modi to watch the second Test match to be held from November 22 to 26.

Hasina will go to the Eden Gardens Stadium at about 12:30pm (local time) where she along with Chief Minister of West Bengal Mamata Banerjee will ring the ceremonial bell for the opening of the test match between Bangladesh and India.

After watching the first session of the second Test match, the Prime Minister will return to her place of residence.

In the evening, she will again go to the stadium. After the first day's match, she will attend a small cultural programme to be followed by a felicitation programme arranged by the Cricket Association of Bengal at the ground of Eden Gardens Stadium and deliver her speech.

Earlier, Foreign Minister Dr AK Abdul Momen, while briefing reporters at the Ministry of Foreign Affairs, said Indian Prime Minister Narendra Modi will not join Sheikh Hasina in Kolkata due to his pre-occupation.

He said Prime Minister Sheikh Hasina will be treated as a State guest.

BNP sends letter to PM for details about deals with India