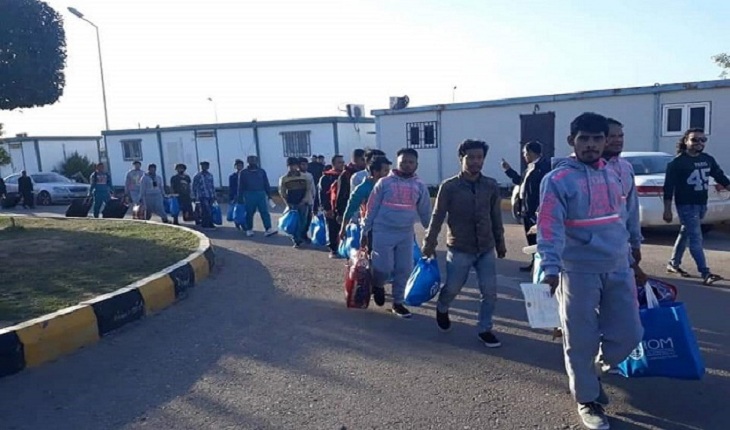 The government brought back on Thursday 152 Bangladeshis and three workers ' bodies from war-torn Libya.

Tanvir Hossain, assistant director of the Expatriate Welfare Desk at the airport, said a chartered flight carrying the workers landed at Hazrat Shahjalal International Airport about 10:30am.

It was not possible to know the specifics of the deceased immediately.

A chartered flight was scheduled for staff under the supervision of the governments of Libya and Bangladesh with the assistance of the International Organization for Migration (IOM), said the Bangladesh Embassy in Libya.

The flight left on Wednesday from Misrata International Airport.

Also among this batch of returnees were Bangladeshis rescued from the Mediterranean and some of those severely injured in Tripoli air strikes.

According to the ambassador there, an air strike in Tripoli on November 18 killed six men, including a Bangladeshi.