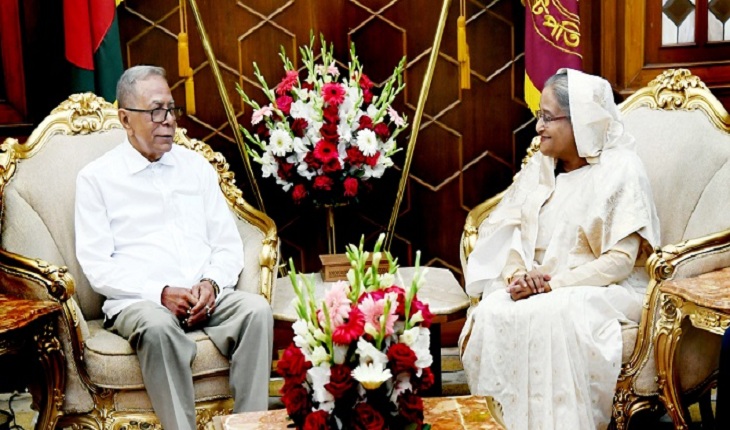 "The Prime Minister addressed various issues with the President, including her recent visits to Azerbaijan, the UAE and India," Press Secretary Md Joynal Abedin told reporters after the meeting.

The Prime Minister arrived at 7:15 pm in Bangabhaban. She was received with a bouquet by Abdul Hamid upon her arrival.
Sheikh Hasina learned of the results of her visits to Abdul Hamid and delivered three reports in this regard, the secretary of the press said.

Joynal Abedin said the president and the prime minister asked about the health of each other.

During the meeting, the president's concerned secretaries were present while Prime Minister Nojibur Rahman's Principal Secretary was also present.

Get ready to prevent abuse of technology: President to Armed Forces