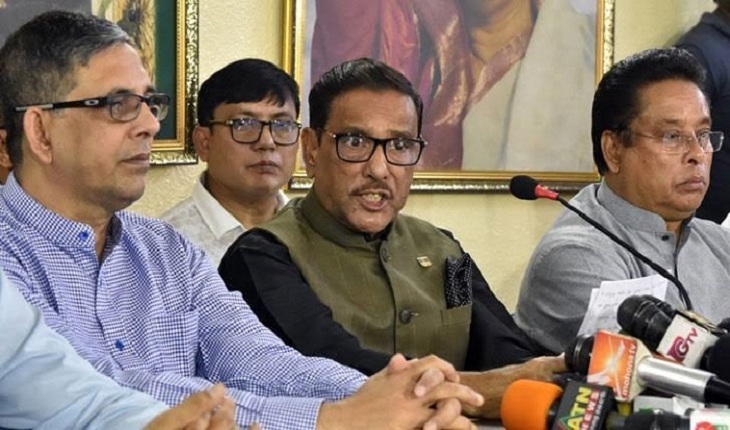 Awami League (AL) general secretary Obaidul Quader on Friday hinted that major changes might be brought in the top posts of the party except the one of its president Sheikh Hasina during its upcoming triennial council.

He came up with the remarks while addressing a meeting of the party office affairs’ sub-committee, formed to make its 21st triennial national council successful this morning.

Quader, also the road transport and bridges minister, said, “None is the inseparable entity in our party except Sheikh Hasina. There is no alternative to Sheikh Hasina for the party.”