Let’s ensure justice for everyone 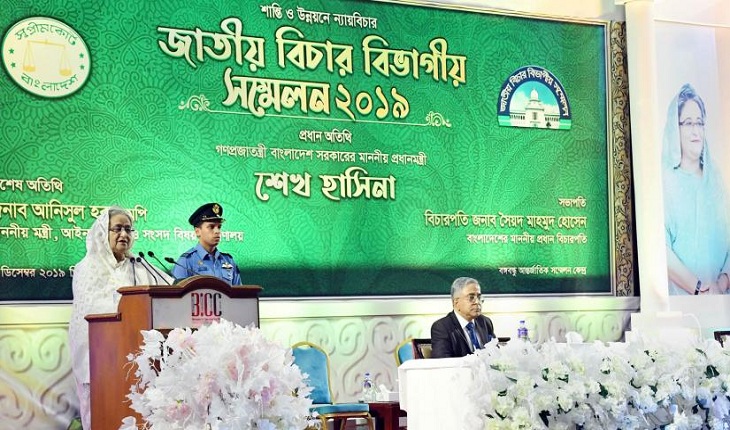 Prime Minister Sheikh Hasina on Saturday hoped that judges would help ensure the rule of law and justice by being responsible to the government, its people and the Constitution.

"I don't want someone like us to wait for years[ for justice] to bear the pain of losing their kith and kin. Let everyone have justice and the shelter of law described in our Constitution," she said.

The Prime Minister said this while addressing the National Judicial Conference-2019 at the Bangabandhu International Conference Center (BICC) in the capital with the theme of "Justice for Peace and Development."

The day-long meeting will address all relevant issues, including litigation backlog, judiciary digitalization, and effective management of court administration.

The event was attended by judges from the Supreme Court's Appellate and High Court divisions and lower courts across the country.

Each upazila to get support centre for specially-abled people

Prime Minister comes back from Madrid