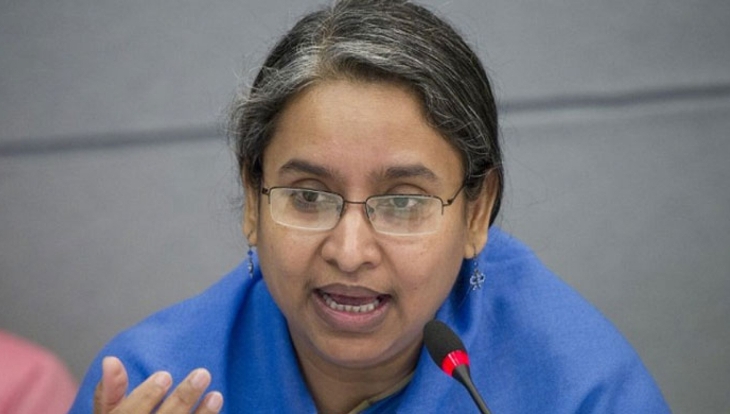 The information and documents the government received about the graft allegation against the Jahangirnagar University VC will be submitted to the University Grants Commission (UGC) for taking necessary steps, said Education Minister Dr Dipu Moni on Saturday.

“We’re examining the information and documents submitted by teachers and students of the Jahangirnagar University who had been in a movement against VC Farzana Islam. We’ll submit those to the UGC which will take necessary steps after scrutinising those,” she said.

She made the remarks while addressing an event marking the 40th anniversary of Centre for the Rehabilitation of the Paralysed (CRP) at Savar at noon.

About Awami League council, she said qualified leaders will be picked in its next council as the party did in the past.

“The council will bring forth the leaders who are suitable for the present-day politics. We want the people of this country to have good leadership that will blend the experiences of the veterans with the courage and energy of the youth,” said Dipu Moni, also the joint general secretary of the ruling party.

Highlighting that the people of Bangladesh are living in peace and prosperity, the minister said the government has taken many initiatives to improve the quality of higher education in the country.

Dipu Moni distributed wheelchairs among people with disabilities at CRP during the function which was attended by the founder of the organization Valerie Ann Taylor.