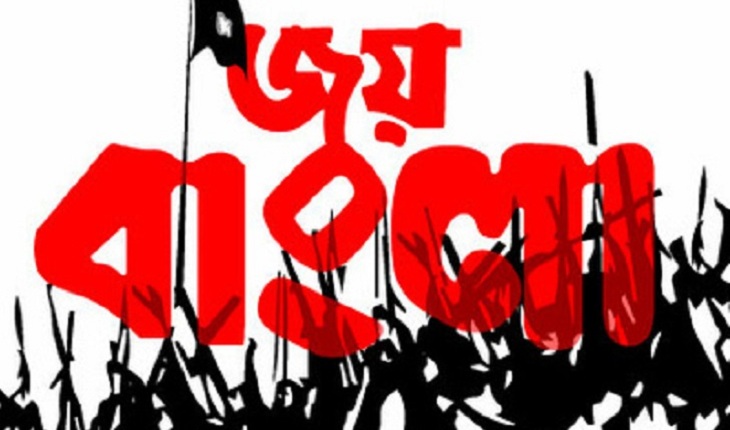 From December 16, the High Court (HC) has orally ordered the use of' Joy Bangla' as the national slogan in all kinds of state programs. The decision will be given on January 14.

The lawyers later reported that the state's high officials will have to pronounce the slogan at the start and after the completion of any state function from the Victory Day nex (December 16).

Supreme Court lawyer Bashir Ahmed filed a written petition on December 4, 2017 saying "Joy Bangla" was the slogan of freedom fighters as well as all Bangladesh civilians during the 1971 Liberation War.

If it becomes the national slogan, he said, it will be a symbol of national spirit and patriotism among the future generation.

The Bench of Justice Quazi Reza-Ul Hoque and Justice Mohammad Ullah issued a rule on the writing asking the government why it would not declare the slogan to be the national one.

The respondents to the rule were Cabinet Division Secretaries, Ministry of Law, and Ministry of Education.