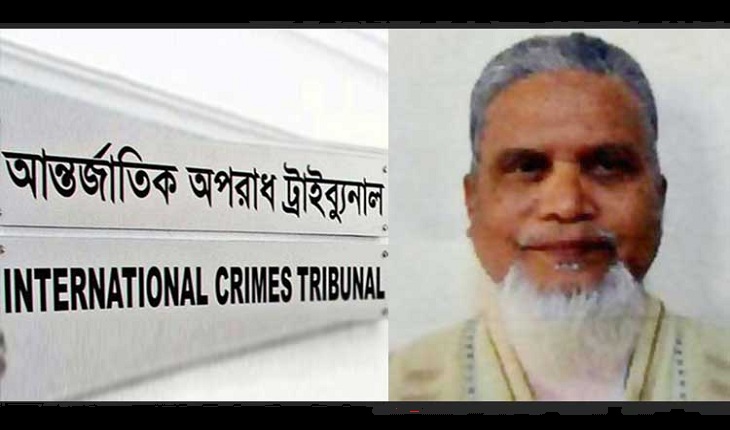 Former Chhatra Shibir leader Md Abdus Sattar alias Tipu Sultan was sentenced to death by the International Crimes Tribunal (ICT) on Wednesday for his crimes against humanity during the Liberation War.

The verdict was handed down by a three-member ICT bench led by Justice Md Shahinur Islam.

Abdus Sattar, alias Tipu Sultan, was charged by the ICT earlier on Tuesday of issuing the verdict against the war crimes of Rajshahi.

On October 17, the same jury waited for the decision after the closing arguments had been concluded by both the prosecution and the defense.

According to the investigative body, Sattar was a member of Islami Chhatra Sangha, the then student wing of Jamaat-e-Islami anti-liberation, and a leader of the Razakar Bahini during the war.

Under the 1972 Collaborators Order, he was arrested in May 1972, but released in August 1974. The accused resigned in 2011 as a Gopalpur Degree College assistant professor at Natore's Lalpur. On August 8 last year, the court framed charges against him. According to them, in areas under Rajshahi's Boalia Police Station, the accused was involved in killing at least 10 and torturing two people, looting and arsoning attacks on 12 houses.

The prosecution produced 14 witnesses to prove their charges, including the investigation officer of the case, while the defense refused to produce any witness.

Verdict in war crimes case against Rajshahi Razakar any day