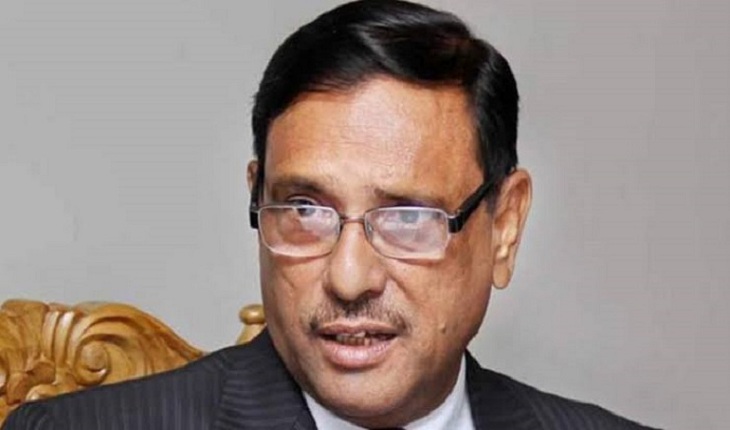 Quader, also the minister for road transport and bridges, was now being held under surveillance at the BSMMU Coronary Care Unit (CCU) after he had breathing problems at the political office of AL president Sheik Hasina in the Dhanmondi area of the city.

The ruling party's secretary for publicity and publishing Abdus Sobhan Golap announced this to the media about 11:00 am.

Abdus Sobhan Golap said, "Obaidul Quader entered the political office of the AL president at 10:00 am as a party secretary-level meeting was scheduled for Friday morning."

"He (Obaidul Quader) began to feel ill after he arrived at the party office. He was subsequently sent for treatment to the Bangabandhu Sheik Mujib Medical University (BSMMU),' the AL ads and publication secretary said.