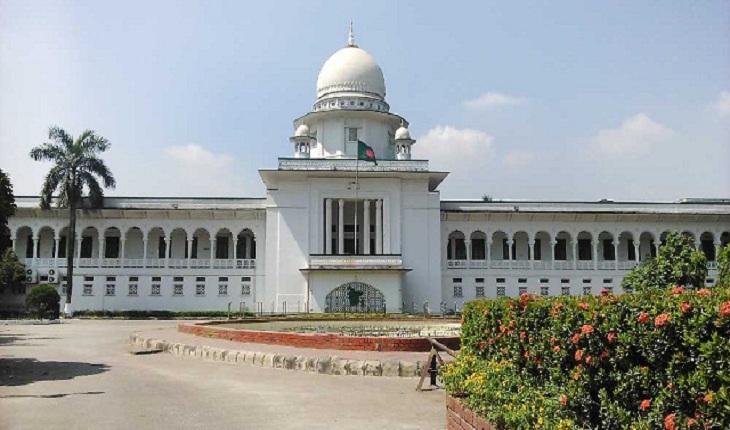 The Appellate Division of the Supreme Court has fined Tk10 lakh each to the Metropolitan University, Sylhet and International Islamic University, Chittagong (IIUC) for breaching admission rules.

Both the universities were fined as they took more than 50 students in their respective law departments, without following the rules of Bangladesh Bar Council and the University Grant Commission (UGC).

The universities have been asked to pay the fine to Bangladesh Bar Council.

Students will be allowed to appear for the Bangladesh Bar Council enrollment test, if the universities pay the fine, the apex court added.

A four-member bench of the Appellate Division headed by Chief Justice Syed Mahmud Hossain passed the order after disposing a review petition filed by Bangladesh Bar Council seeking necessary order to this effect.

The bar council on October 1 last year issued a notification saying that it will not provide registration cards to more than 50 candidates from private universities per semester.

Following the petitions, the HC on different dates in September last year directed the Bar Council to allow students to fill up their forms, and to give them registration cards so they can appear for the enrollment test under the body.

The Bar Council filed three leave to appeal petitions with the SC challenging the HC directives.

Following the leave to appeal petitions, the SC on October 27 last year upheld the HC directives.

Then the Bar Council filed three separate petitions with the SC seeking review of its October 27 orders and fining the universities for violating the UGC directives.