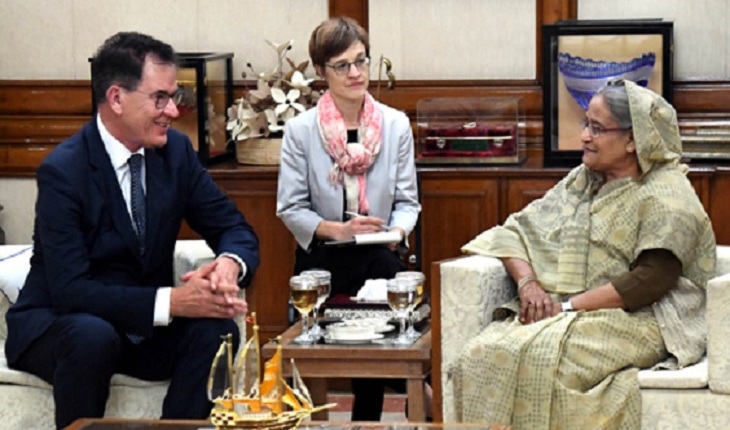 Prime Minister Sheikh Hasina on Tuesday called upon the international community including Germany to mount more pressure on Myanmar government to take back its Rohingya nationals from Bangladesh.

The premier made this call when visiting German Federal Minister of Economic Cooperation and Development Dr Gerd Muller paid a courtesy call on her at her official Ganabhaban residence this evening.

“Rohingyas are a huge burden for us and they’re creating social problems …So, Myanmar should take back its nationals from Bangladesh immediately,” Sheikh Hasina said.

In this connection, the prime minister requested particularly Germany to play a role further in the repatriation of the forcibly displaced Rohingyas.

The prime minister said the exodus of over 1.1 million Rohingyas has created a big problem for the people of Cox’s Bazar as they outnumbered the local people.

She said many are taking scopes to involve them (Rohingyas) in terrorism and human trafficking.

Sheikh Hasina said apart from bilateral discussion Bangladesh has signed an agreement with Myanmar so that they take back their nationals from Bangladesh voluntarily.

“After that Myanmar is not taking back the Rohingyas and they’re not following the deal,” she said.