Govt not ‘embarrassed’ over dissent on Modi’s visit 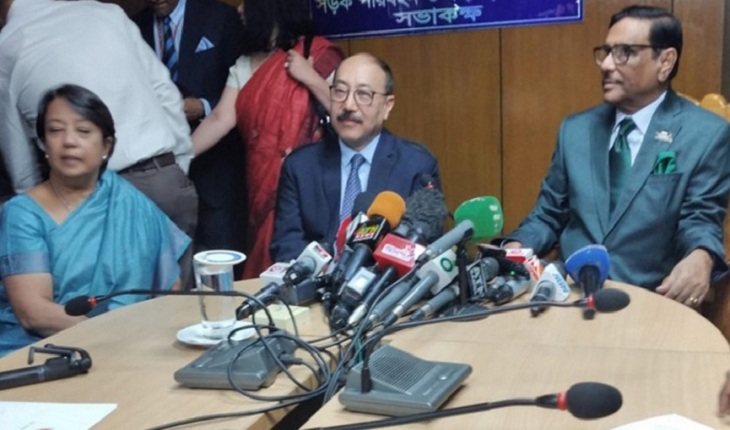 The government is not ‘embarrassed’ over the call to resist Narandra Modi’s visit to Bangladesh and the protesters should welcome him, said Awami League General Secretary Obaidul Quader on Monday.

“Utmost importance will be given to security during Modi’s visit. They expect the people of Bangladesh to behave cordially with their guests,” Quader said at a press briefing after a meeting with a delegation led by Indian Foreign Secretary Harsh Vardhan Shringla at his office.

Quader, also road transport and bridges minister, believes those opposing Modi’s visit should welcome him instead to celebrate the ‘Mujib Borsho’.

Asked about the government’s position on those saying they will resist Modi’s visit, Quader said there is no reason for conflict with them. “The people of different political parties are reacting to and openly protesting (Modi’s visit). They’re seeing this from a religious perspective, something which was always there and will be there in the future, too.”

The minister told reporters that the Indian delegation did not give any advice on Modi’s visit and they feel the people of Bangladesh will accept him considering the bond with India forged during the Liberation War in 1971.

“Narendra Modi is basically coming to Bangladesh to attend the Mujib Borsho celebrations. They expect the people of Bangladesh to behave well with them,” Quader said.

Responding to a question on Bangladesh government’s political stance on the violence in India, the minister said, “I’ve already said if your neighbour’s house catches fire, you’ll definitely feel the heat. Although people here were concerned and reacted to it, we’re happy that people in India did not entirely view it as a communal clash.”

If BNP creates anarchy in the name of movement, a fitting response will be given

Upon inquiry, enforcement against intruders: Quader