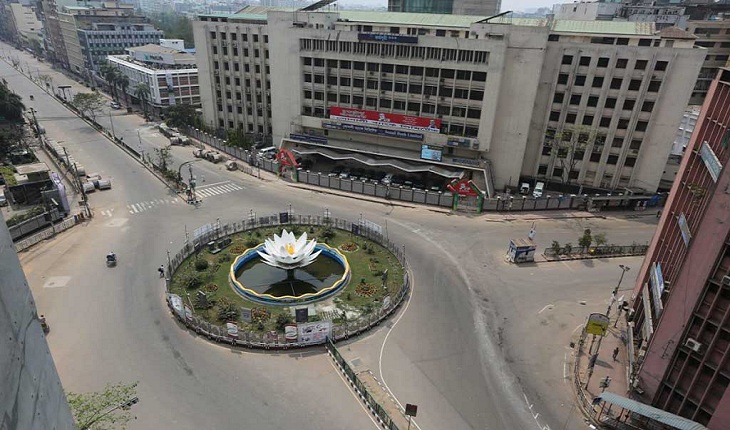 Prime Minister Sheikh Hasina said Tuesday that the general holidays could be extended until April 9 as part of the push by the government to avoid spreading the deadly coronavirus.

"We declared 10 days of general holidays earlier from 26 March (to 4 April), and it may be extended until 9 April," she said.

Via video conferencing from her official Ganabhaban residence in the capital, she exchanged views on the coronavirus situation across the country with public representatives and government officials at field level. The Premier said the holidays could be extended to end spreading the COVID-19 in the villages, as many people had already gone to their village homes soon after the 10-day public holiday announcement.

In this sense, she said, "We're going to have to take into account the quarantine duration so this deadly virus can't spread." The prime minister said the government has to relax on a limited basis in certain sectors.

Earlier on March 23, the government announced a 10-day national holiday from March 26 to April 4 shutting down government and private offices over the COVID-19 situation excluding critical and health care facilities.

Everybody was told to stay at home during the holidays unless they had a legitimate excuse to leave their homes to buy important things such as food and for medical and health-care purposes such as kitchen markets, grocery stores, pharmacies, hospitals and other emergency facilities stayed outside the general vacation's purview.