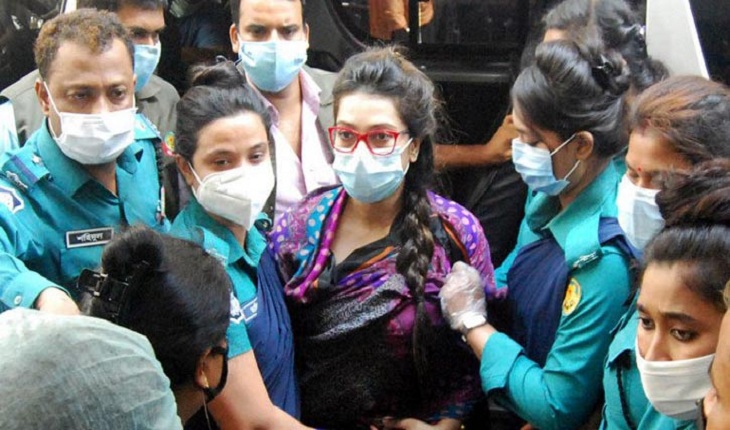 On Monday, the Dhaka court rejected the plea of bail of JKG Health Care Chairman Dr. Sabrina Arif Chowdhury—also a suspended government employee—in connection with a case filed against the issue of fake Covid-19 reports.

Earlier, Md Liakot Ali, a police detective inspector (DB) and also an investigation officer (IO) of the case, filed her with his court on expiry of a 2-day warrant.

On July 17, Sabrina was placed on a fresh remand for 2 days at the end of her 3-day remand in the same case.

Sabrina was shown to have been arrested in a case filed with the Tejgaon Police Station on 12 July after the police found her statement about the charges 'unsatisfactory' during the interrogation.

After her arrest, the Ministry of Health suspended her from the office of NICVD Registrar for violating the rules.

On June 24, the police arrested her husband and JKG Chief Executive Officer Ariful Chowdhury and four others for their alleged involvement in the release of fake Covid test reports.