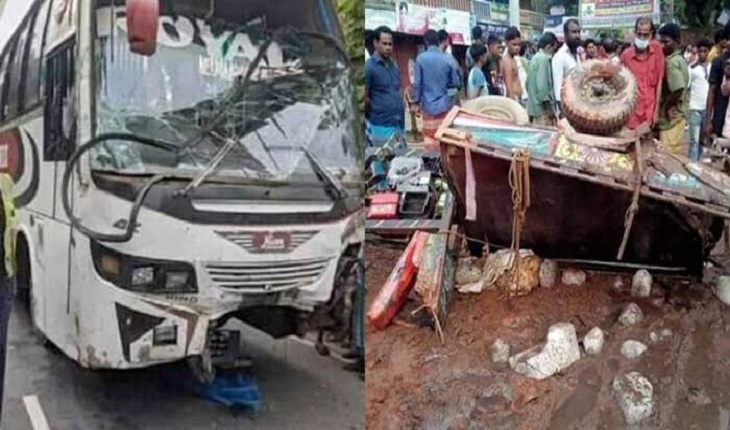 Six people were killed and four others injured as a night coach hit a passenger van in Chuadanga Sadar upazila on Saturday morning.

The crash took place as a Chuadanga-bound night coach of the Royal Express transport service dashed against a three-wheeler "nosimon" tank, killing three out of eight passengers.

Earlier, the bus came across a number of three-wheelers, bikes and pedestrians, taking three more lives.

Locals blocked the Chuadanga-Jhenaidah highway condemning the incident and preventing the flow of vehicles for hours.

Kanak Kumar Kanti, the additional police superintendent in Chuadanga, said the law enforcement officers could not arrest the driver and helper who had fled.