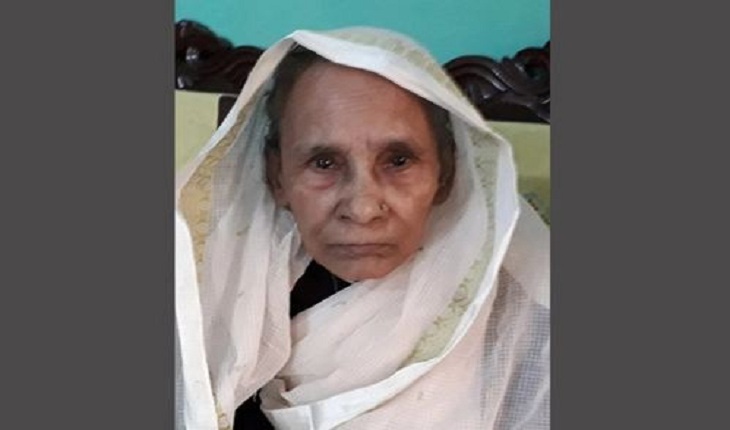 Maleka Begum, Mother of Bir Sreshtha Mostafa Kamal, passed away on Tuesday morning at her residence in Bhola. She was in her 96s.

She breathed her last in the region of Mostafa Kamal Nagar, under Bhola Sadar Upazila village of Alinagar Mautupi, around 7:45 am.

She fell critically ill earlier on August 8, and was admitted to Bhola General Hospital.

She was later flown to Dhaka for better care, and then returned to her home after recovering.

Maleka Begum had been living with her eldest son and grandchildren in the Mostafa Kamal Nagar area under Alinagar Mautupi village of Bhola Sadar Upazila.

Mostafa Kamal was a martyred freedom fighter who participated in the Liberation War. He is one of the seven heroes who were awarded the highest military honour of Bangladesh; the title of "Bir Sreshtha" is recognition of their extreme bravery and outstanding heroism in the war.