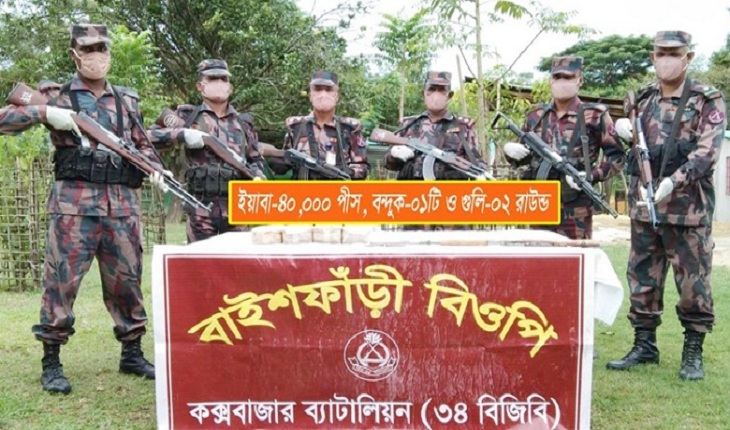 A suspected Rohingya yaba trader was killed on Wednesday morning in a gunfight with a member of the  Border Guard Bangladesh (BGB) of Cox's Bazar.

The deceased was identified as Adham, 23, the son of Abul Hossain, a resident of Naikhongchari upazila, Konapara Rohingya Shibir.

The gunfight occurred at the 34th BGB outpost in Cox's Bazar on the Myanmar border line.

A BGB team under Leda BOP took a place at South Baishphandi Makkartila in Ghumdhum Union of Naikhongchari Uzazila, a large consignment of Yaba being smuggled into the country, said Lt. Colonel Ali Haider Azad Ahmed, captain of BGB-34.

When a group of 10-12 people came through the hilly region towards Bangladesh, the team challenged them, he said.

They opened fire on the BGB members when the team approached the group, causing them to fire back, which sparked the skirmish, he added.

They rescued Yaba trader with bullet injury after the gunfight and took him to Ukhia Upazila Health Complex where he was pronounced dead by doctors, Lt . Colonel Ali Haider said.

Two BGB members were also wounded in the gunfight and 40,000 pieces of Yaba tablets, locally produced pistol and 2 rounds of ammunition were also retrieved from the spot by the BGB squad, he further added.