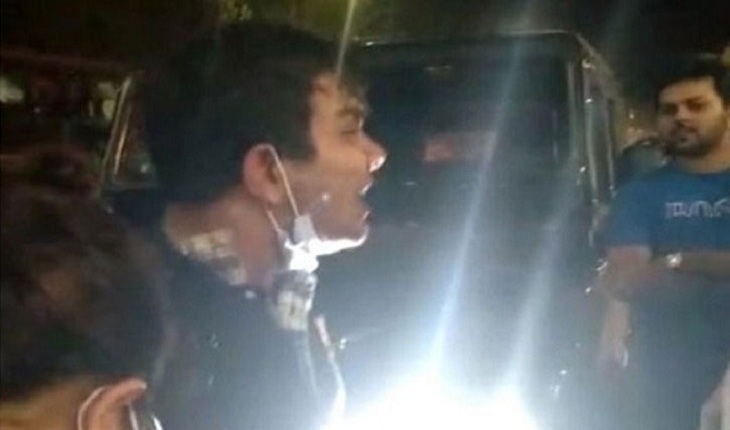 The son and staff of Lawmaker Haji Selim allegedly beat a Navy officer and harassed his wife at the Dhanmondi intersection of Kalabagan.

The victim portraying himself as SSF officer Lt Wasim reported that he was going to his destination by motorcycle Sunday night along with his wife. Some books they purchased. He tried to speak to the inmates of the vehicle when a jeep struck the motorbike. He revealed his identity as a Bangladesh Navy officer.

Some people got out of Haji Selim 's car and proceeded to beat Lt. Wasim, wounding him. Other individuals and passengers rushed to the spot and recorded cell phone footage of the entire incident.

It is alleged that the attackers tried to escape the place, but in vain, seeing large crowds.

The car and motorcycle were confiscated by Dhanmondi police.

Sub-Inspector Nazmul said both sides were at the police station and Mizanur Rahman was arrested as a jeep driver.

In this regard, on Monday morning, Wasim Ahmad filed a case with the Dhanmondi Police Station accusing five individuals,' said Abdullahil Kafi, additional deputy commissioner of the Dhanmondi district.

No specifics were available before the news was sent.