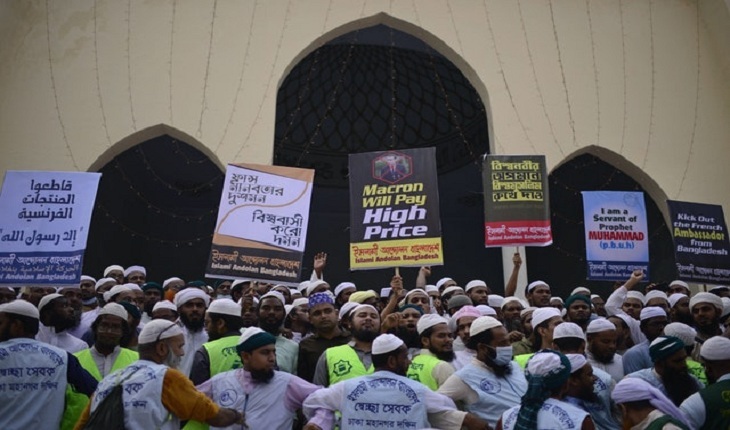 On Tuesday, the French government issued travel warnings to its citizens in many countries with a Muslim majority, including Bangladesh.

Due to a surge of outrage over cartoons of the Prophet Mohammed (pbuh) shown in a French kindergarten, the French Foreign Ministry published a warning on its website.

The French Ministry of Foreign Affairs has requested its citizens to take extra security measures in Indonesia, Bangladesh, Iraq and Mauritania.

The row has its origins in an Oct. 16 knife attack outside a French school in which Samuel Paty, a teacher who had shown Prophet Mohammad's pupils cartoons in a civics class on freedom of speech, was decapitated by a man of Chechen descent. The caricatures are considered by Muslims to be blasphemous.