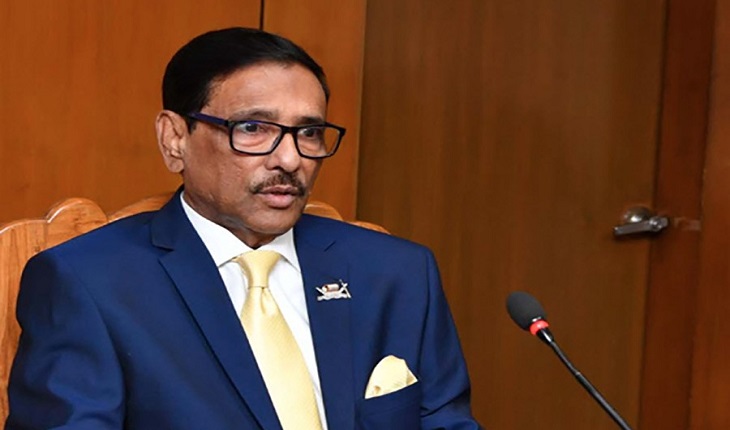 Road Transport and Bridges Minister Obaidul Quader said Sunday that in the name of any initiative, the government will not allow any evil attempts to harm the peace and comfort of the people.

The BNP has recently returned to its strategy of carrying out arson attacks by setting fire to buses again. Because of their evil politics, people do not respond to their movements,' he said while inaugurating a connecting road development project at BNS Sheikh Hasina in Cox's Bazar.

He entered the role by video conferencing from his official residence in Dhaka on the premises of parliament.

BNP resorted to arson terrorism to avenge their defeat in polling and movement, Quader said. The BNP's democracy is distorting the past of freedom, he said.