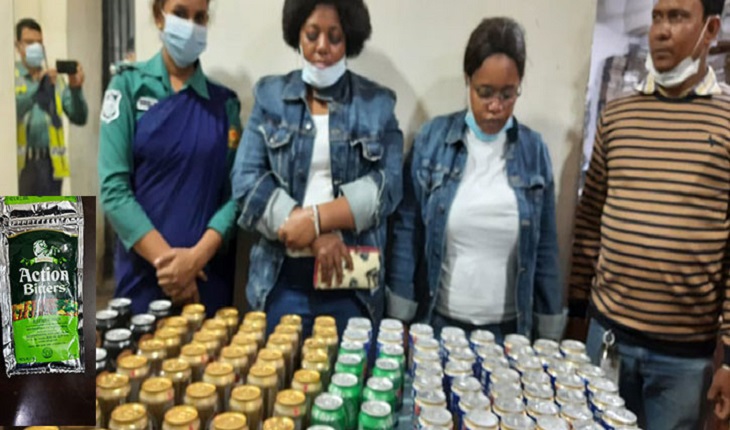 Police arrested two Cameroonian women on Wednesday night in the capital, along with beer and alcohol from the Nikunj-2 region of Khilkhet.

It was also not possible to know the names of the arrestees.

Confirming the report, Md Borhan Uddin, Officer-in-Charge (OC) of the Khilkhet Police Station, said acting in a tip-off, the operation was conducted by a team of law enforcers who arrested them on the second floor of a house in Nikunj-2 along with 130 beer cans and 40 liquid alcohol packets.

They confessed to being involved in a drug-smuggling gang during the preliminary questioning, he said.

There are attempts underway to apprehend other gang members, the OC said.