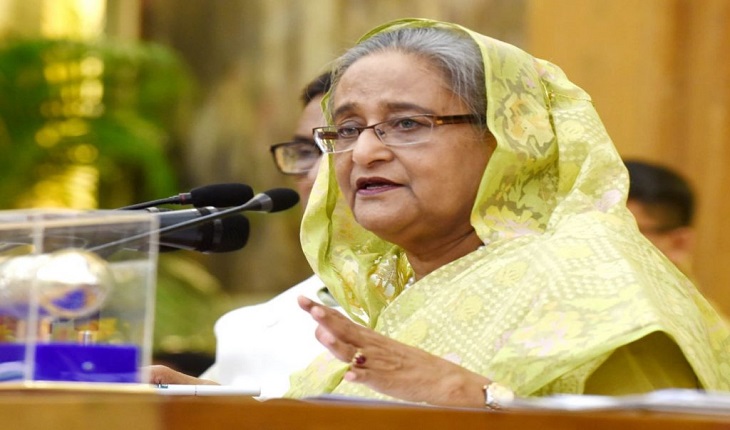 On Thursday, Prime Minister Sheikh Hasina asked the officers of the Administrative System to create a good society, taking effective steps against various social diseases such as rape, terrorism, militancy and corruption, without taking into account the names and political affiliations of the offenders.

"You'll have to take effective action against some problems such as rape, women repression, development of juvenile gang, substance trafficking, extremism, militancy and corruption. Do not consider someone's identity, but consider criminals as criminals," she said."

The Prime Minister claimed that no matter which party he belongs to a criminal is a criminal. So you're going to have to create a society that takes effective action against the offenders and deem them criminals. We want it to be finished by you,' she said.

The Prime Minister addressed the certificate-giving and closing ceremony at the Bangladesh Civil Service Administration Academy in the Shahbagh region of the capital of the 116th, 117th and 118th Law and Administration Training Courses via a video conference from her official residence in Ganabhaban.

In the three five-month training courses, a total of 116 framework officers—70 men and 46 women—participated and all participants progressed in the courses completed in the Covid-19 pandemic through online classes.