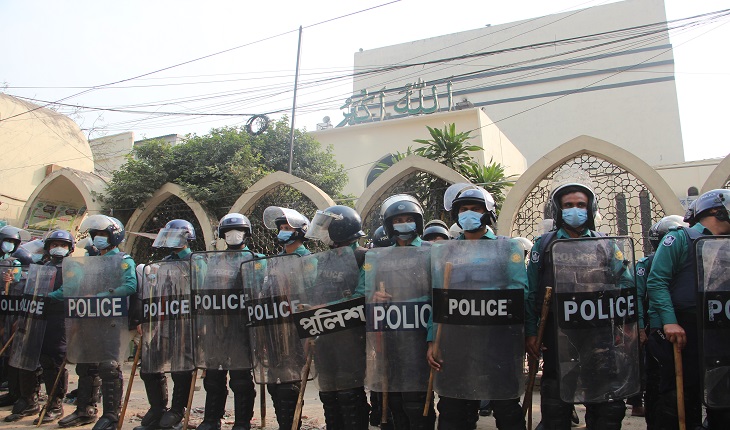 Police dispersed the protesters by lathicharge. No arrest has been made so far in the incident, police said.

A madrasa student from Khilgaon who took part in the protest told that he went there to protest. Their program is to protest the installation of sculptures all over the country, reports Prothom Alo.

Motijheel Zone ADC Enamul Haque told reporters that there was a ban on any program without prior permission. Even after the Jummah, a group of Musallis took out a protest procession. They wanted to go to Shahbag. Police stopped them at the Paltan intersection.